Flying in and out of Iwokrama will soon be made easier. The National Assembly approved $110M for the extension of the Fairview Airstrip, in Region Nine, by 4,200 feet to accommodate larger aircraft.

Fairview is the only indigenous community within Iwokrama’s boundaries and close to the Iwokrama Centre for Rainforest Conservation.

During an examination of requests on Monday, in the National Assembly, for Supplementary provisions to complete the project, Public Infrastructure Minister, David Patterson told the House that the construction of this modern aerodrome and the extension of the airstrip at Fairview will boost Iwokrama and its work in preserving the ‘lungs of the world.’ 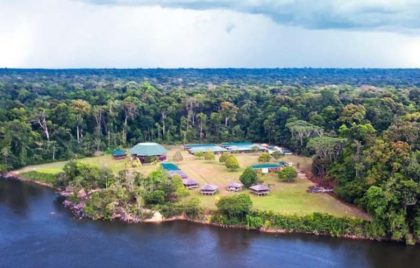 “Fairview airstrip was always plagued with a rock bar, which will shorten the runway; we were able with the help of the army to remove that rock bar…when it’s completed there is a road around it, when the airstrip is done there will be a fence for security reasons; there is a walk in area just not an airstrip,” Minister Patterson advised the National Assembly.

Cash-strapped Iwokrama is currently working to change its financial model as it cannot rely solely on donor funds. The Centre is actively marketing itself through tourism. It gets an average of 1100-1300 tourists annually. With the advent of the rehabilitated Fairview Airstrip, the Centre will be looking to attract more visitors and thereby increase its earnings.

Recently, Prime Minster Moses Nagamootoo and a team including Minister of Indigenous Peoples’ Affairs Sydney Allicock visited the centre and also met with the Toshao, Lucy Marselow and residents of Fairview. During that meeting the Prime Minister advised that the world is facing climate change and the sustenance of projects like Iwokrama is important.

“Having a modern aerodrome here is going to be of tremendous benefit to you; you may be inconvenienced now, you may feel a little bit shortchanged that you have to make some sacrifice, but you have to look for the long-term betterment when businesses will start developing here, jobs will be created, more people will come in,” the Prime Minister said.

Iwokrama’s mission is to promote the conservation and the sustainable and equitable use of tropical rain forests in a manner that leads to lasting ecological, economic, and social benefits to Guyanese and to the world in general. This is being achieved by undertaking research, training, and the development and dissemination of technologies.