Central Jawalla, situated just off the Kamarang River in the Upper Mazaruni, Region 7 is scheduled to access potable water for the first time in December, 2021. This was revealed by Minister of Housing and Water, Honourable Collin Croal who visited the well drilling site on Wednesday, November 17.

Minister Croal pointed out that the contract sum is GYD$40M and it caters for the initial phase of the project, which would see Central Jawalla benefitting, while the remainder of the village would benefit in the next phase.

“You would recognize that there is a challenge in the hinterland. Sometimes it’s not always a possibilty to run pipe networks to every single household because of the geographic location where some persons live”, the Minister stated.

In this regard, the Housing and Water Minister noted that approximately 80 service connections will be installed, which include the school, Village Council and the Health Center.

Unlike Kamarang where numerous failed attempts at drilling were made in the past due to uncertainty and rock formation, Minister said this is the first attempt in Jawalla. He is confident it will be a success, since requisite preparatory works were carried out.

Prior to the mobilization of the drilling rig, a resistivity logging exercise was conducted to find the best suited location for the well.

Managing Director of R. Kissoon Contracting Service, Mr. Rudranauth Roopdeo disclosed that transporting the drilling rig to the community is the biggest challenge.  He explained that for communities such as Jawalla, the rig is disassembled and flown into the Region, after which it traverses the river on a barge.  He posited however that the well and the distribution network would be completed by December, as indicated by the Minister.

Community members will be employed for the laying of distribution pipelines, which will be done simultaneously with the drilling of the well. The project also caters for the erection of a trestle with storage tanks and the installation of a photovoltaic system. Toshao of Jawalla, Ms. Verron Henry said villagers are  anxiously awaiting the completion of the project. She explained that as it is, people walk long distances to fetch water from the Kamarang River, which has become polluted over the years due to hold mining activities. 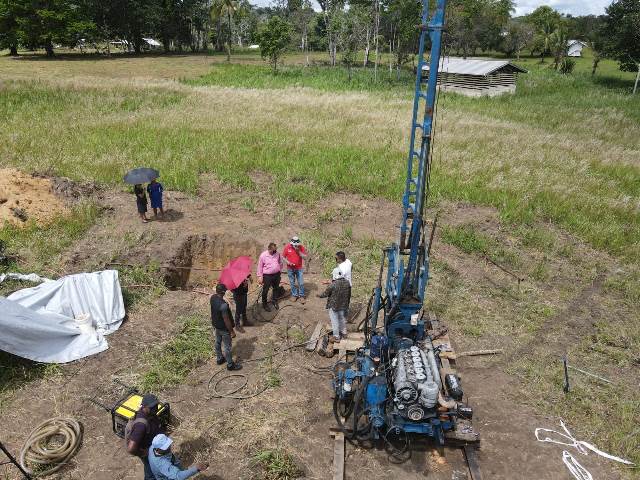 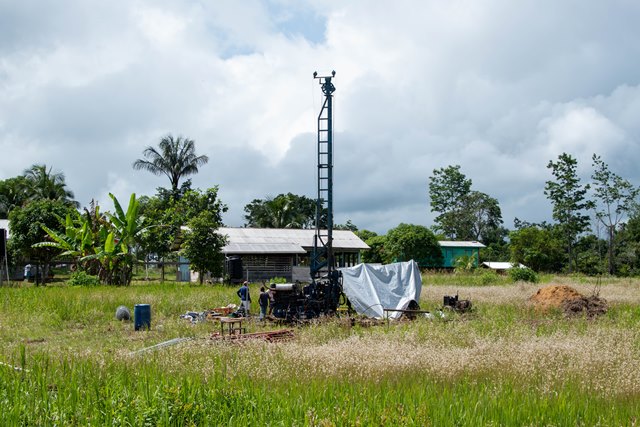