Jubilee celebrations economic spin-offs must be built upon – Finance Minister

The economic spinoffs from Guyana’s 50th anniversary celebrations have exceeded expectations, and presented new opportunities for the development of the country’s economy, Minister of Finance Winston Jordan said.

The Minister said, “The results of the jubilee (celebrations) were beyond expectations; quite a few people came in and they made quite an expenditure.  I don’t know when last, if ever, you see all the hotels filled, all the different residences filled. People didn’t come here with their tents buying a McDonald’s and so on, they spent money and all persons smiled, so we need to build on those,” Minister Jordan told the Government Information Agency (GINA) recently. 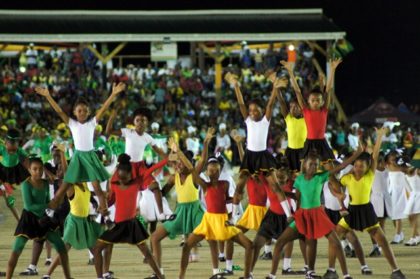 The opportunities presented should not be seen as a ‘one off’ opportunity, according to the minister,  rather as a springboard for expansion of the country’s tourism and craft sectors. “At the level of the tourism industry and handicraft, for the first time they said that they have made some money. We need to build on the handicraft, restaurants (success)…. Subsequent to that, some people became interested in the country and we need to do the follow-ups,” the minister explained.

There are many other events which will continue to boost the country’s economic growth, Minister Jordan explained.

Additionally, the conclusion of wages and salaries’ negotiations and a more efficient roll- out of government’s Public Sector Investment Programme for the second half of the current year, will add to the buoyancy of the local economy, the minister posited.

“Don’t forget we haven’t paid the salary increases as yet, by the time when they (public sector workers) would get the increase, they will have to get at least the back pay going to January so that too will be a boost to the economy,” Minister Jordan said.

According to projections, the country’s economy is on a steady path to achieve growth rate in the region of four percent, especially given the resurgent price for gold on the local and international markets.