Kwakwani, in Upper Demerara-Berbice, Region 10 has seen massive transformation since the coalition government took office, according to residents of the riverain community. This has been corroborated by the Assistant Regional Executive Officer (AREO) Leola Narine.

The official told the Government Information Agency (GINA) that, “Kwakwani was left abandoned and now we’re seeing changes and we’re happy for that.” 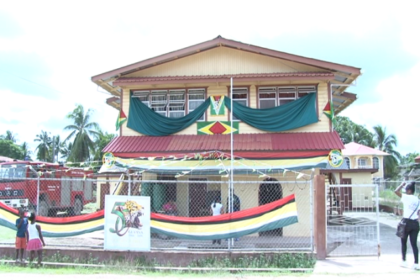 Further Kwakwani’s fortunes have improved with lots of government contracts, internal road projects carried out, government buildings rehabilitated, including the Regional Democratic Council building, the Kwakwani Students’ Hostel, schools, and the hospital among others. “There are other projects allocated in the 2016 budget that will be carried out soon,” Narine explained.

The Assistant REO pointed out that there were many Ministerial visits to the Kwakwani community, “which I’m very thankful for and works will be conducted to see Kwakwani more developed.”

The two main economic activities in the community, bauxite mining and logging have also seen significant improvement and are contributing financially to the community.

In the logging industry, the Upper Berbice Forest Producers’ Association and the Kwakwani National Resource Organisation (KNRO) are providing jobs for residents.

Dianne D’andrade another resident of the Kwakwani community spoke of a change in attitude in the education sector. D’andrade explained that students’ grades have improved. “With the students and teachers you get a better reaction now you could be able to talk to them and the PTA is good. They had a Parent Teacher conference and you saw so many things coming out,” she said. 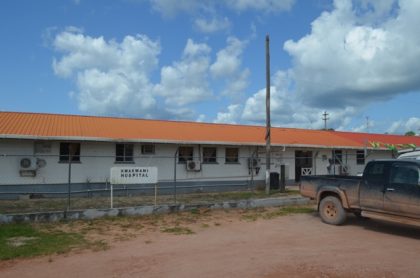 The Kwakwani hospital that has seen some rehabilitation work

Despite the strides the community has made, there are some areas to be addressed to develop the community completely. These include social issues, Narine stated. “I really hope that we get assistance from the Ministries to help address these issues,” Narine stressed.

Meanwhile, the official noted that the Kwakwani/ Linden trail is a major issue for the community. “If we can get this addressed it will certainly benefit the residents of Ituni, Aroaima and Kwakwani greatly. It will also bring businesses and investments to Kwakwani which will contribute to economic growth, more rehabilitated roads and a bank for residents to conduct financial business.” 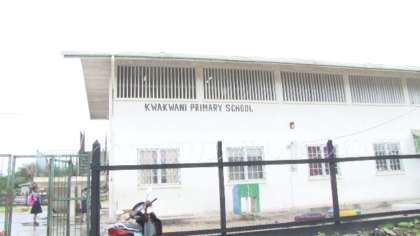 Nevertheless, “the government thus far has done an excellent job in revamping the community and there are great things in store for the community which will see the community completely developed.”

Kwakwani is a mining and logging community which is located approximately 100 kilometres south of Linden. It is home to more than 4000 people. 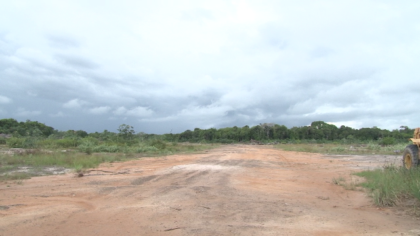 Part of the upgraded Kwakwani road