The Linden Hospital was originally constructed to carry two (2) elevators; according to Minister of State Joseph Harmon, and cabinet has approved GY$18M for rehabilitative works of one.

Chief Executive Officer, of the Linden Hospital, Dr. Mohamed F. Riyasat said that upon the commemoration of the hospital in 2009, only one elevator was installed. 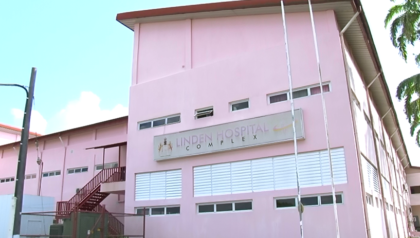 Based on information provided by Dr. Kay Shako, Director, Regional Health Services, Ministry of Public Health told the Department of Public Information (DPI) that despite regular servicing and maintenance, the elevator would periodically malfunction causing several inconveniences, such as porters transporting persons admitted to the wards on the second level ; pregnant women climbing the stairs to Maternity Ward; meals would have to be fetched to wards on the second level and the deceased fetched  to the lower floor via the stairs.

The project to purchase, install and construct housing was tendered under the Ministry of Public Infrastructure but the contract has not been awarded to date.

In late 2016 works began on the old Linden Hospital Complex (LHC) building. It was refurbished to facilitate consultation rooms, a ten-bed surgical ward, a patients’ waiting room and a canteen at an estimated cost of $20M.