Linden seniors honoured for their service and contributions

In honour of their years of service and positive contributions to their town and their nation, scores of Linden senior citizens were feted for the Christmas Season by various Ministers of Government.

The grand luncheon and Christmas programme were hosted by former PNC/R Leader Robert Corbin, his immediate family and siblings all of Linden, as a means of giving back, and in memory of their parents.

The annual event, which has been hosted for 20 years, is supported by Ministers of Government. This year, Minister of Social Protection Amna Ally presented hampers to all the seniors. 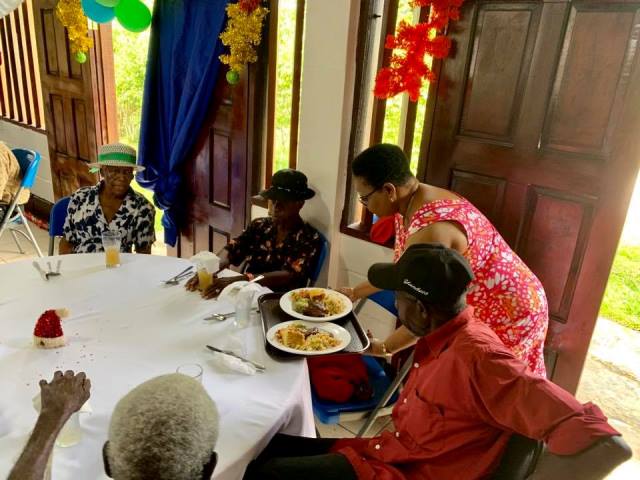 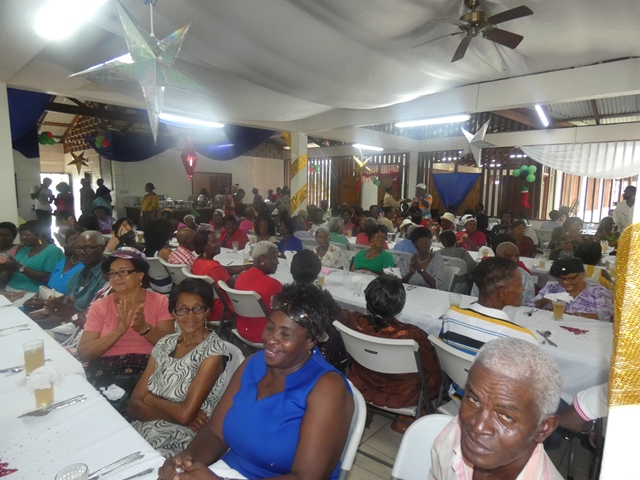 A section of the senior citizens at the gathering. 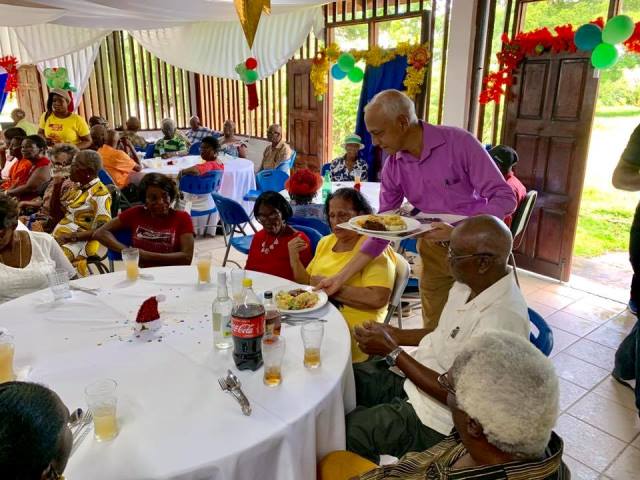 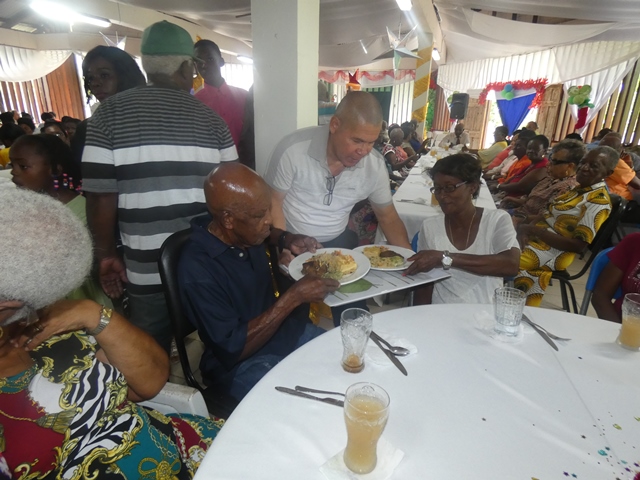 In brief remarks, Mr. Corbin said that it is with compassion and humility that the event continues to be hosted as a means of giving back. As he reflected on those who have passed on, including his parents, he commended the seniors for caring themselves in order to see another year drawing to a close.

Corbin then asked them to pray for President David Granger, who is recovering from medical treatment for Non-Hodgkin’s Lymphoma.

Minister Amna Ally, reaffirmed that this government is committed to its senior citizens and value their contributions. This, she said, is reflected in the progressive increase in old age pensions since 2015.

“I want to take the opportunity to thank all of you for the contributions you have made throughout the years, and I wish all of you a Merry Christmas and a Happy New Year.”

Minister Lawrence, in bringing holiday greetings to the seniors, said that this Christmas is even more special, knowing that in the New Year the seniors will be taking home a little more.

“I just want to thank you for the opportunity you have given to me to serve you. It has been a wonderful three years and we all endeavour to have many more years so that we can continue to support each other and build this beautiful country of ours and the reason we can do it is because of you, who ran the race before and you have set us a very firm foundation to work with,” she said.

Minister Ronald Bulkan and Minister George Norton also brought greetings of cheer and longevity as they wished the seniors a prosperous 2019. They also thanked the Corbin family for continuing to give back to seniors in this regard.

The seniors then enjoyed a sumptuous three-course meal, festive music, good laughter and a short cultural programme before heading home with their gifts and hampers.