—Installation of public sinks around Mackenzie

The Linden Mayor and Town Council, has continued its sanitisation exercise in Central Mackenzie, on Wednesday evening the Mackenzie Wharf and Coop Crescent were cleaned. 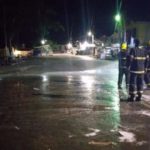 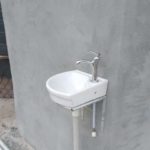 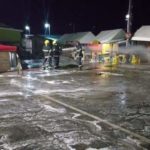 Washing of the Mackenzie Wharf 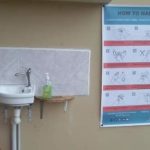 Linden Mayor Her Worship Waneka Arrindell said that the sanitation exercise will move to the Wismar shore with the Wismar Municipal Market and Burnham Drive being the first to benefit when funds are available.

Also, the Linden Mayor and Town Council, in collaboration with the Regional Health Emergency Committee, has installed public sinks around the market area, to encourage handwashing by vendors, drivers, commuters and shoppers.

These were installed at the Wismar/Mackenzie car park, the Wismar Market and the Mackenzie Wharf and the Georgetown Bus Park.

Several businesses and agencies have also taken the initiative to install handwashing station at their respective locations. These include Tropical Reflection, the Regional Democratic Council and J&R Variety store.

The community of Coomacka also installed a sink at its entrance to encourage proper sanitisation by visitors.