What started as a healthy lifestyle choice for a diabetic mother of five and her family is now on the cusp of being a thriving business that could generate employment for others. 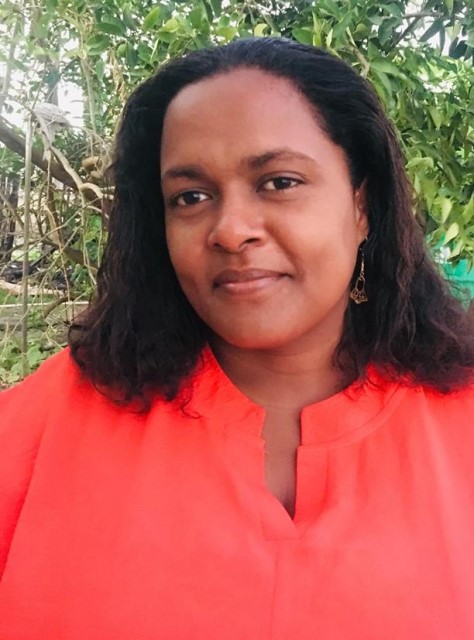 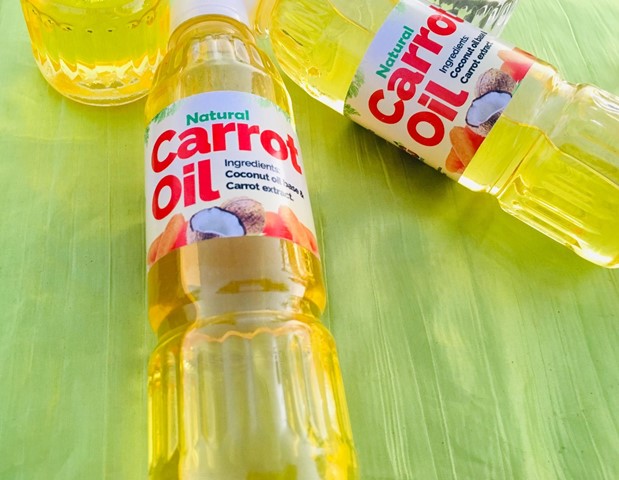 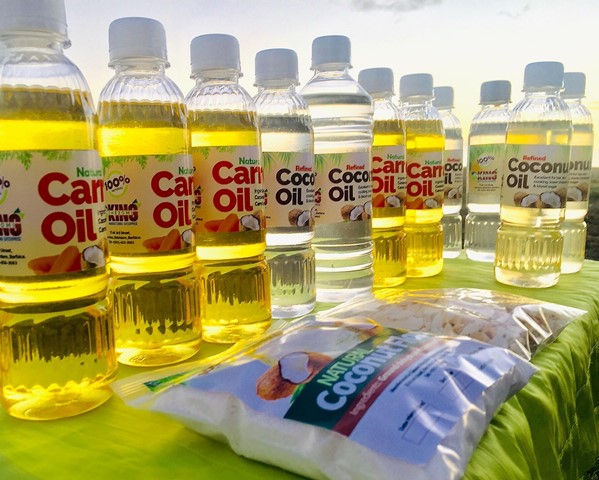 A variety of the oils produced by Smith’s company King Chezomi Manufacturing Enterprise. 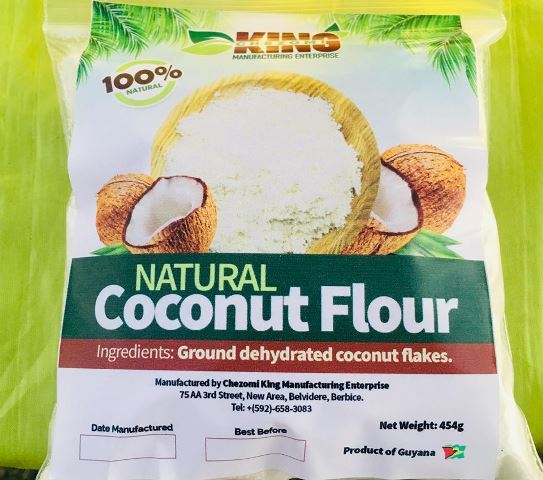 Smith explained that after being diagnosed as a diabetic and having difficulty finding economically healthy products, she decided to begin experimenting in 2015 with extra virgin coconut oil. The innovator noted, when she began producing the oil it was on a small scale for herself, as well as friends and family.

However, after receiving positive feedback, she was encouraged to increase her production. She said her friends would also share with others, and some customers took samples overseas.

Smith managed to perfect the formula in 2017 and heeded President David Granger’s call to become an entrepreneur after her husband suffered an injury and was out of a job for over three months. She began selling to neighbours who helped spread the word and the demand for her extra virgin coconut oil continued to increase.

“After my husband’s injury … the money I was making came in useful, then I started to think should something happen to him what could I do because I was just a housewife. I tested the local market but many persons didn’t know much of the extra virgin coconut oil and only buy the regular ones.”

The mother of five said she was determined to get others to eat healthily and approached a local printing company to assist in making her product labels more appealing. Smith said she then targeted the markets outside of her region and overseas.

Realising that people were craving healthy food, Smith decided to invest in mills and other equipment to produce on a larger scale while ensuring she maintained a high standard of consistency while working in hygienic conditions.

Smith also attended a one-week workshop on adding value to agro-processing, hosted by the Guyana School of Agriculture (GSA). She now has plans to further enhance her already special extra virgin coconut oil by adding flavours and other unique ingredients to make it more appealing.

Having gained the trust of her loyal customers and heeding their call to introduce more products, the enterprising innovator has moved on to producing coconut flour that can be used for everyday cooking and baking. The flour, she remarked, “is high in fibre and gluten-free, very healthy for persons who have gluten allergies, persons suffering from diabetes and hypertension.”

Smith has set her sights on producing breadfruit flour, breadfruit chips, tomato powder and powered pepper among many other products in the near future.

“My whole plan is to do healthy products which Guyanese can afford. There is no reason for us to use things that have ingredients in them that we can’t pronounce or things people say are good for us and we end up spending a lot of money but have no benefits.”

Having grown up humbly and understanding the struggles of a housewife and working with a small budget for her five children aged two and a half to 15, she has decided to market her products at affordable prices to encourage customers to practice a healthier lifestyle.

She is appealing to Guyanese, especially Berbicians, to get off the “import bandwagon.”

“We have many locally produced items that are organic and healthier but many have this mindset that because it is a local item it is not good. We have to move away from that and invest in proper packaging and better conditions for maintaining excellent quality. The same items we refuse are being sold elsewhere for a lot of money,” Smith said.

Smith’s ultimate goal is to expand her business and see her products lining the shelves of local supermarkets and stores countrywide.