In a bid to boost agriculture in Region One, the Mabaruma Marketing Center is expected to be up and running by mid-October following complete rehabilitation. 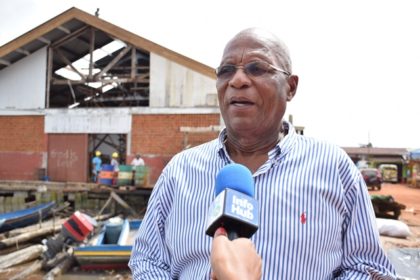 During a recent trip to Mabaruma, Town Clerk, Barrington Ward explained, in previous years the centre has played a vital role in the packaging and shipping of products to Georgetown for farmers in various parts of the region.

“In the past, we had farmers coming from different parts of the region, like Arouca, Barima, and the Karaibo rivers, and they would come with their produce and we would grade and do packages and then ship it off to Georgetown. But over the years there has been a lapse where we have some problems, where the storage went down the drain”, Ward said.

He noted that due to a lack of proper infrastructure in the region, there has been a decline in the cultivation of crops.

“The backdrop is that agriculture has declined because of the facilities and the poor infrastructure that we have here. And with all the produce the farmers have, we are now trying to bring back that center. In other words, repair it so we can have that service again.”

According to Mayor, Henry Smith, among the other projects slated for year-end completion, is a new Kumaka Market Tarmac. Construction is already underway and the new site will have twenty-one (21) big stalls and smaller sheds for squatters on the waterfront. 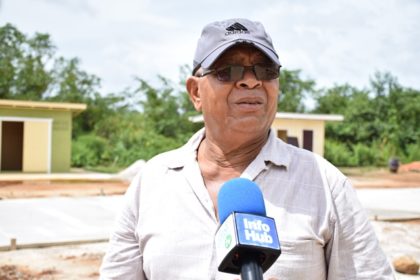 A fish market is also expected to be constructed at the back of the tarmac to allow fishermen to offload their catch.

It was explained that the new tarmac will see vendors being removed from the old market square permanently. “We hope by early next year; we wanted to bring them here this year but they said Christmas is almost on them and people are accustomed to them being out there”, Smith said.

The Department of Public Information (DPI) spoke with vendors who expressed their satisfaction of the move.

Vendor  –  Joy Dodson: “I feel happy, I feel proud. Because we know that we moving forward to a next level…the Christmas must reach me here and after the Christmas, I will go there, and I get my wish.”

Vendor, Sita Williams: “Well as for me, I feel good. So far everything alright and I feel happy that we stay here for the Christmas season and early next year we agree to go on the tarmac and I know it would be better on the tarmac.”

The council is expected to complete both projects before the end of 2017. 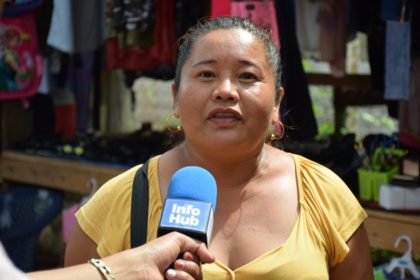 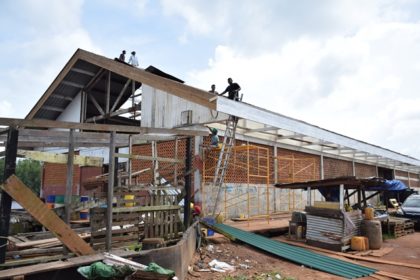 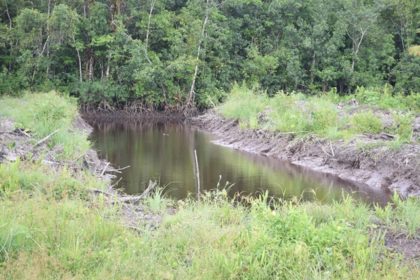 The site where the fish market is expected to be built at the back of the Kumaka market tarmac. 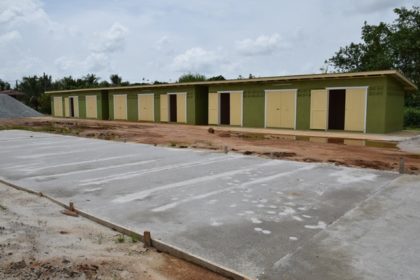