The 400 kilowatt Mabaruma solar farm which will provide an additional 17 hours of electricity to the 3,000 residents of Mabaruma Region One is closer to realisation, as all tenders are at the evaluation stage. This was disclosed by Minister of Public Infrastructure David Patterson to the Department of Public Information/Government Information Agency (DPI/GINA). 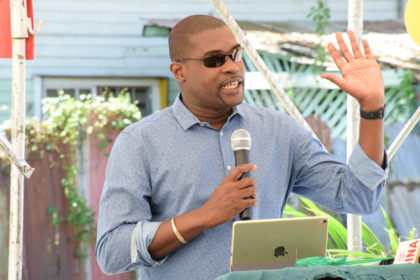 Minister Patterson, speaking to DPI/GINA said that at least 12 “very good tenders” were submitted. “They are all within budget so we are just making sure that the successful tender can do the work and has the right specification” the Minister explained.

The contract will be awarded by the end of June so that construction works can begin. Minister Patterson said that the site for the solar farm has already been selected. “We have started doing work in the Ministry, we have already started extending wires from the site to the plant,(and) the power station in anticipation of the solar farm”.

The establishment of the solar farm at an estimated cost of $264M was announced last year during the reading of the 2017 National Budget by Minister of Finance Winston Jordan.

Minister Jordan also pointed out that, it is part of Guyana’s move towards becoming a ‘Green State’ as a measure of a larger plan to reduce the country’s fossil fuel bill and prevent carbon emissions.

Additionally Finance Minister Jordan during the reading of the 2017 National Budget announced that investors and other persons involved in direct importation of items for energy efficiency will benefit from tax exemptions. The exemptions are expected to not only benefit investors but also the residents.

The government will also be pursuing other solar farms in Lethem Region Nine with a capacity of 800 kilowatts, 400 kilowatts at Mahdia Region Eight and 1.5 megawatts at Bartica Region Seven.