Mabaruma’s Green Park to be commissioned by mid-October

With efforts to beautify the new town of Mabaruma, the Town Council is working towards completing its Green Park project by mid-October, 2017.

According to Mabaruma Mayor, Henry Smith, President David Granger is expected to visit the region to plant the first tree in the park. This, he said, is also in keeping with the current countrywide tree planting exercise.

Smith explained that the park aims to benefit families within the Hosororo, Bumbury, Kuriabo and Wainaina areas.

“Inside of the park, we will have some lights, seats and fruit trees. Trees indigenous to the region like soursop, mango, guava and avocado. We will also have flowering plants in concrete boxes, and lights powered by solar panels,” Smith said.

He also noted a sanitary block was commissioned specifically for persons using the park. 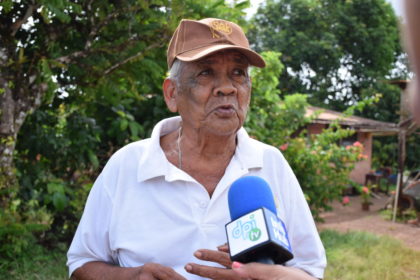 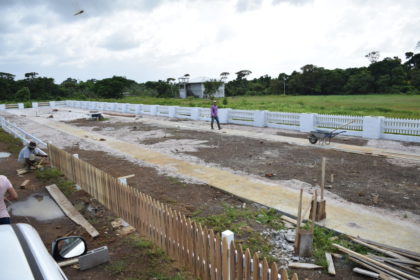 Contractors working at the site of the Green Park 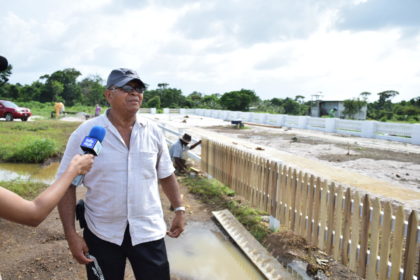 Henry Smith, Mayor of Mabaruma at the construction site of the Green Park 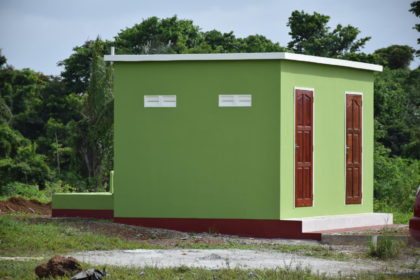 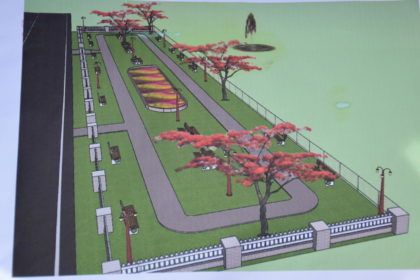 Picture of the Mabaruma Green Park upon completion

Alongside the park, a playground is under construction. The Mayor explained that the ground will be named after a well-known sportsman of the region, Augustine Solomon.

Department of Public Information (DPI) spoke with Solomon who recalled that in previous years his father William Solomon was also actively involved in sports within the region, and as a result, he followed in his footsteps.

“We had a ground up by the school (North West Secondary), but we had to give it up for the school…they (the government) told us they will find another spot for the ground, and now we have that spot,” Solomon said. He is honoured to have the ground named after him.

Solomon explained he is actively involved in cricket, football, volleyball and other sporting activities with young lads in the region, and believes the commissioning of the new ground will boost sports within the region, allowing more youths to represent the district.

On October 21, 2015, Mabaruma was officially declared a town, along with Bartica and Lethem.