(June 6, 2018) – Out of a negative situation, efforts must be made for there to be a positive outcome; this was the tone during this morning’s meeting between the parents of Mae’s student, Joshua Chacon, the leadership of the school, the Ministry of Education and the Ministry of Social Cohesion. 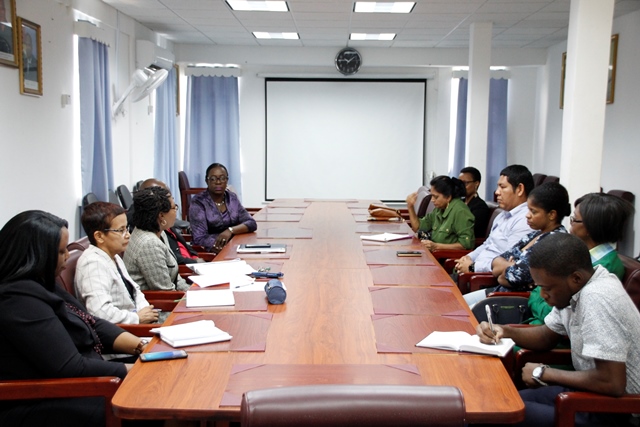 The parents of the child meeting with the leadership of the school and officials of the Ministry of Education today. 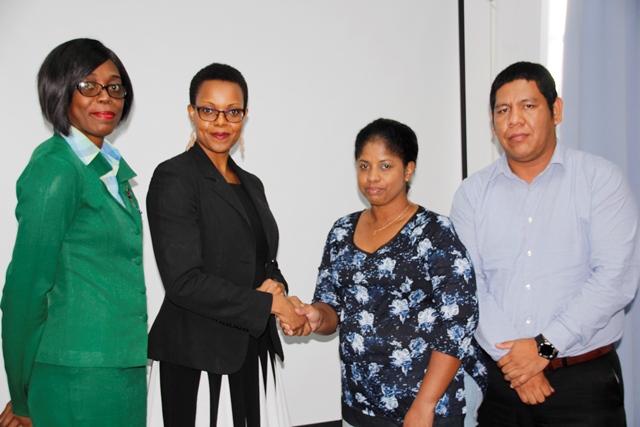 While making her apology, Ms. French stated that ultimately what is important is protecting children. Both parents accepted the apology given while Mr. Chacon went further to state that he would like to see more traction to bring awareness to culture in Guyana.

Mr. Hutson stated that to begin resolving the issue, an apology is necessary as well as psycho-social support for the child. Ms. Patterson supported the need for psycho-social support and pledged her Department’s willingness to also work with the teachers and staff of the school to ensure they have a better understanding of diversities and to enhance their capabilities to deal with such.

Meanwhile, Minister Henry said that it is the responsibility of all stakeholders that some positive outcome is gained from the unfortunate situation. She said that it is important that each individual involved takes away the lessons learnt in the best interest of the child.

Minister Henry said that had better judgment prevailed, the entire episode could have been avoided. She said that the issue must be dealt with in such a way that when persons look back in retrospect, they must recall that it was resolved amicably and be reminded that there must be tolerance and respect for diversity.

The first meeting convened by the Ministry of Education on the matter was held on Monday, June 4th, 2018 in the aforementioned boardroom.

At that engagement it was concluded that the matter should have been resolved earlier, closure was needed as soon as possible and that there should never be a recurrence of such issues in Guyana.