Those in dire need of social services in Regions Eight and Nine will soon have their needs addressed through the Local Boards of Guardians which have been installed in Kato and Mahdia, Region Eight, and Central Rupununi, Region Nine.

Members of the Boards were installed over the week-end by a team comprising Minister of Social Protection Volda Lawrence, Minister within that Ministry, Keith Scott, Members of Parliament, Desmond Adams and Rajcoomarie Bancroft and Chief Social Services Officer, Ricardo Banwarie. 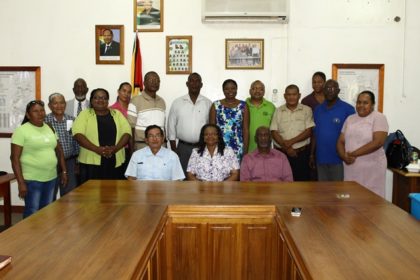 Addressing the board members, Minister Lawrence said that it is the responsibility of her ministry to provide safety nets for the less fortunate, and persons who find themselves in a vulnerable situation.

“The Board of Guardians’ responsibility is to take care of persons in communities by assisting the social and welfare officer within the community…we have to depend on you because you can interact with vulnerable persons in your communities,” Minister Lawrence explained.

Board members were charged by Minister Lawrence to lay down sound policies which will be followed to identify persons, and yardsticks to be used to measure whether an individual is truly eligible for assistance. 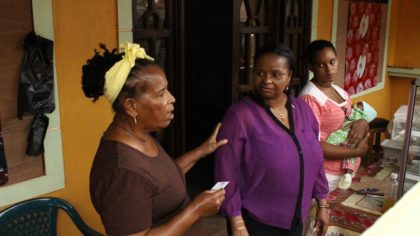 Minister of Social Protection Volda Lawrence interacts with residents of Mahdia during a walk-about whilst in the region.

“Public Assistance, which the board has to review, is there for children whose parents or guardians do not have the means to provide for them…it (public assistance) is not a salary, entitlement or legacy… these safety nets do not have race, religion, friend or family…it’s about helping children to be healthy and to receive an education to improve the child’s overall life,” Minister Lawrence explained.

Minister Lawrence explained to the Government Information Agency (GINA) that some of the issues highlighted by residents during her visit to Regions Eight and Nine were not new to her.  However, her visit to Kato emphasised the need to have social services and a probation officer in that sub-district. She added that she hopes to have an officer stationed in that sub-district within three months.

An analysis of the number of persons receiving public assistance and old age pension in the area has to be carried out.

“Having told the Mahdia residents of the officer taking up the position on June 20, 2016 and presenting that officer to the residents, the overwhelming support that came forward from residents to volunteer their services and work along with the officer tells you that saturation point was there, they reached saturation point with all the issues taking place there, and they want to remedy those issues,” Lawrence explained. 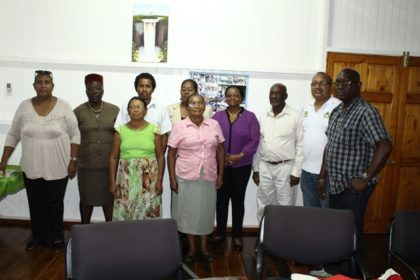 Minister of Social Protection Volda Lawrence, Minister within the Ministry, Keith Scott, Members of Parliament, Rajcoomarie Bancroft and Desmond Adams, and Chief Social Services Officer Ricardo Banwarie flanked by members of the Region 8 Board of Guardians

The Social Protection Minister pointed out that the move to install two Boards of Guardians, and a social and welfare officer form part of a change to have a full social services presence in Region Eight.

“We need to step in there and do what the people of Guyana expect of us and that is to save our people and communities from degradation…other than that we were able to clearly outline the policies relating to public assistance, who can access and the three types of public assistance that are provided… In both Regions Eight and Nine, we were able to garner the support of the Regional Chairmen and supporting staff,” Minister Lawrence added. 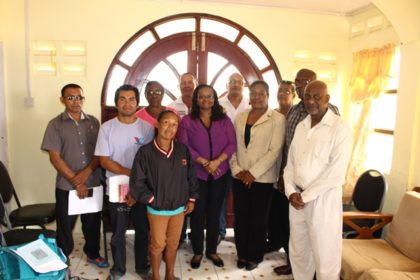 Minister of Social Protection Volda Lawrence, Minister within the Ministry, Keith Scott, Members of Parliament, Rajcoomarie Bancroft and Desmond Adams, and Chief Social Services Officer, Ricardo Banwarie flanked by members of the Region 8 Board of Guardians

Members of the Boards in Kato and Mahdia, Region Eight comprise a representative from far flung communities located within the district. Specifically they are, for Kato: Vome Alfred of Taruka, Crispin Sypriano of Kopinang, Abidiad Lewis of Kanapang, Daphne Xavier of Kurukubaru, Edward Mc Garrel of Chenapau and Mathilda Williams- Chairman of the Board of Paramakatoi.

Members of the Mahdia Board of Guardians are, Marcia Evans of Mahdia, Noel Adams of Princeville, Majuna Edwards of Micobie, Hannah Mercier of El Paso and Rajcoomarie Bancroft, Chairperson of the Board.

The Region Nine Board of Guardians comprise Terrence Boston, Chairman, Ubal Mc Donald, Telford Mitchell, Auzeera Clement, Francis James, Wednella Rohlehy and a member of the People’s Progressive Party who is yet to be identified.

Ministers Lawrence and Scott used their visit as an opportunity to host a public meeting with residents at the Mahdia Primary School.