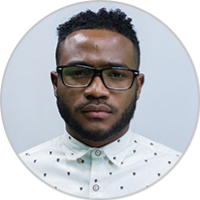 -Designers awarded for their creative work

As the curtains came down on the ‘Guyana Together’ – Mashramani Design Workshop, coordinator Dr. Vibert Cambridge, highlighted that the goal of the exercise has been met.

The workshop saw 33 designers collaborating to improve the design and display of costumes and decorated floats for Mashramani 2020 and beyond. They also discussed adjudication issues and liaising with key stakeholders.

Dr. Cambridge told DPI the featuring of local culture as an element of Mashramani is very important. He mentioned that more designers are coming forward as eco-friendly; creatively using local and indigenous material to create their designs

“It’s what you reflect in Guyana for 50 years, how you celebrate, and transformation – where can we go,” Dr. Cambridge noted.

Music Model by Jermaine Brooms and his group

Jermaine Brooms, a costume designer for 25 years, explained how crucial the workshop was to depicting the designers’ work.

“…what we tried to do too, is depict the six races, but within the genre of music, different drums and everything to highlight our theme – Ring Bang,” he said.

Reflecting on the workshop, Brooms is optimistic a similar exercise will be hosted again. “It’s just five days… and I think it was a very good workshop and I look forward for when they bring it back.”

Certificates and gifts were awarded to each designer to conclude the Mashramani Design Workshop.