Mazaruni prison expansion to start in 2017

The solution to the overcrowding at the Georgetown Prisons, Camp Street, Georgetown, lies in the ability to expand the Mazaruni prisons, according to Minister of Public Security, Khemraj Ramjattan.

The Minister, speaking on the issue of overpopulation in the prisons, said there isn’t much the Ministry can do at this stage because more space is needed. 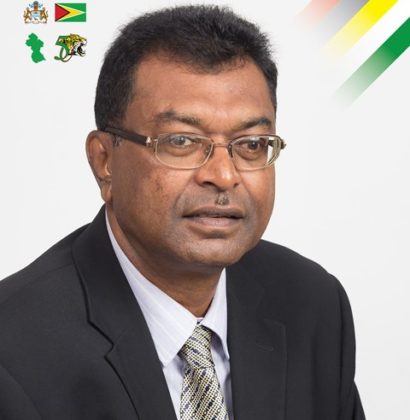 “As an alternative to the creation of a new prison, we want to expand Mazaruni and the expansion for Mazaruni can only be done after the 2017 budget. The ministry has already requested, and we have managed to procure for the 2017 budget those capital expenditures,” Ramjattan explained.

Further the Minister who has responsibility for the penal system, told media operatives recently that the expansion of the Mazaruni prison will require a large amount of financial capital given the scope of work to be undertaken.

“It’s going to be massive because it’s not only creating another building or expanding an existing building. We have to find a lot more recruits, staff members and housing for the staff members. We have to find meals for them, a literal community. We might have to build a church and school for their children because families will have to go up there to live … it’s a huge task,” the minister noted.

Minister Ramjattan also said that an immediate solution to the overcrowding may be found in the manner in which the Courts deal with nonviolent offenders, especially young lawbreakers.

“Is three years for minor amounts of marijuana the right thing? Should we not amend the law to make it a six months maximum or one-year maximum so that we would not have that overpopulation, especially if it’s a young person?” the Minister questioned.

“Space can be created by ensuring that those who have been remanded and granted bail get their bail reduced, to free up some space.  Remand prisoners are a big chunk of it,” the Minister stated.

If persons who committed minor offences, can have their cases heard early, and if the mandatory sentencing for possession of marijuana and cocaine could be looked at, then there would be more space, the Minister posited.

“Those are some of the strategies we are working on because we don’t have US $40-50M to put up a new prison,” the Public Security Minister explained.

In its 2015 Human Rights Report, the United States State Department stated that a total of 963 prisoners were in the Georgetown Prison, designed to hold 550 inmates.

“Overcrowding was in large part due to a back-log of pre-trial detainees, who constituted approximately 11.3 percent of the total prison population.”

Overall, the report stated that the Guyana Prison Service reported that, as of October, 2015 there were 1,944 prisoners in five facilities with a combined design capacity of 1,640.

Following prison unrests in March of this year, the Prime Minister in April led an executive ministerial delegation to meet with representatives of the Judiciary including the Chancellor of the Judiciary (acting), Carl Singh; Chief Magistrate, Ann Mc Lennan and Director of Public Prosecutions, Shalimar Ali-Hack to find ways of addressing  the back-log of cases.