Outgoing Mexican Ambassador to the Co-operative Republic of Guyana, His Excellency Ivan Roberto Sierra Medel, today paid a farewell courtesy call on Vice-President and Minister of Foreign Affairs, the Honourable Carl B. Greenidge.

During his tenure, Ambassador Medel advanced the export of Guyanese rice to Mexico and he noted that its demand there had since substantially increased. Furthermore, he highlighted that the two States enjoyed a high level of cooperation especially more widely in the area of agriculture.

The outgoing Mexican Ambassador expressed his gratitude to the Guyanese Government for its support during his service to that country while Minister Greenidge, in turn, lauded his dedication to enhancing relations between Guyana and Mexico.

Since the establishment of diplomatic relations between the two countries on March 1, 1973, they have collaborated in a number of areas, including oil and gas, language development, technical training, and preservation and sustainable management of protected areas, among others. 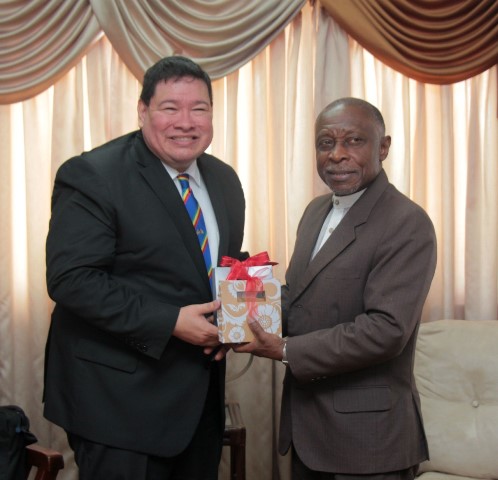