The miller involved in a shipment of rice, rejected by Panama, has accepted responsibility for the “mix-up” with the consignment.

At a press conference held by the Guyana Rice Development Board (GRDB) earlier today, Attorney-at-Law K.A. Juman Yassin, representing Fiyaad Hack of A. Kayum Hack and Son – the miller who exported rice to Panama, released a statement in which Hack accepted full responsibility for the apparent mix-up.

According to the statement released, Hack has “accepted responsibility for this mix-up, and I [Hack] am also accepting responsibility publicly for this apparent mix-up for the shipment being parboil rice instead of white rice.”

Representative for the miller, Juman Yassin. 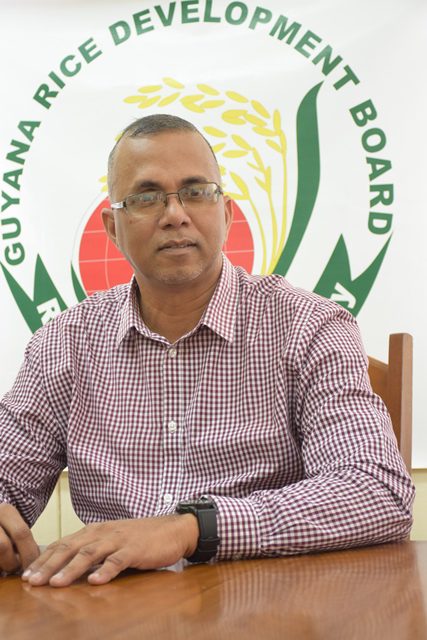 He further said, “I wish to categorically state that I do not know of any corrupt employees and or officials of the GRDB and all the dealings I have had with GRDB and their employees have been aboveboard.”

In September 2018, the miller had shipped his last consignment of rice for the contract to Panama; however, when the rice arrived in Panama, the shipment was found to be parboiled rice and not white rice as was agreed to, thereby resulting in the shipment being refused and returned to Guyana.

General Manager of the GRDB, Nizam Hassan confirmed that when the GRDB checked the container and applied their temporary seal, the rice was in-fact white rice.

As it relates to the confiscation of 70 tonnes of rice shipped to Jamaica, the GRDB has no new information as it is still to receive any word from the Jamaican Food Storage and Prevention of Infestation Division in the Jamaican Ministry of Industry, Commerce, Agriculture and Fisheries.

Reports had surfaced online stating that the rice was confiscated after being inspected. Claims are that during the inspection it was revealed that the grains had signs of mould, clumping, discolouration and wetting resulting in its detention by a food storage inspector.

Efforts have since been made to get some official word from the Jamaican authority to no avail. The most recent action was taken through the Ministry of Foreign Affairs.