Minister of Housing and Water, Hon. Collin Croal, who also holds parliamentary responsibility for Region One, distributed a quantity of gifts in several communities at the weekend.

The distribution was done on behalf of Speaker of the National Assembly, Hon. Manzoor Nadir. Gifts were handed out to residents in Bumbury, Tobago and Smith Creek, with the aid of Parliamentary staff.

So far, the Speaker has also distributed gifts to children in St. Cuthbert’s Mission and several villages in the Mahaicony River. He also recently teamed up with the Friendship Oxygen Company to donate tablets to underprivileged students. 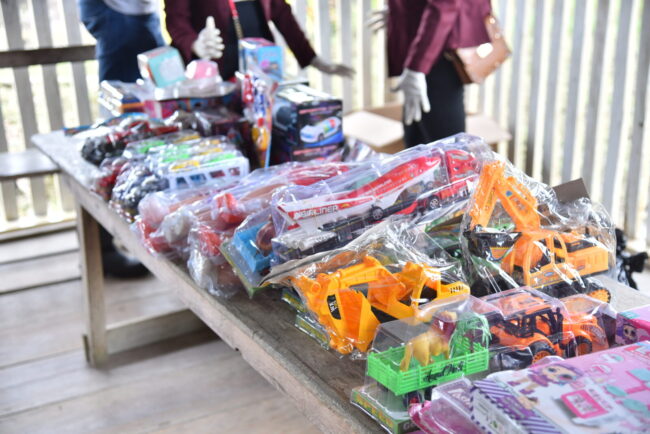 A view of some of the presents

Minister of Housing and Water, Hon. Collin Croal gives this toddler a present in Region One 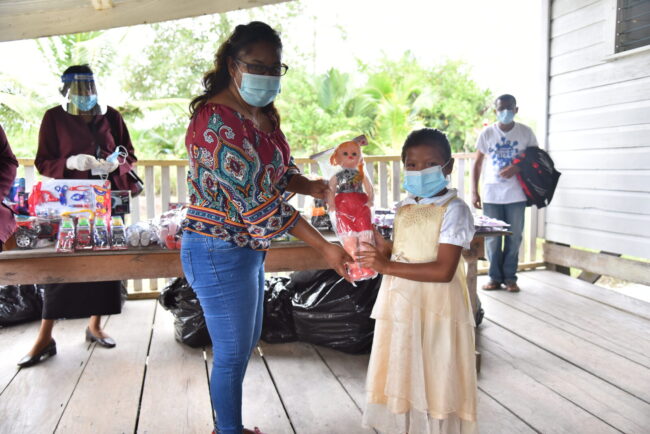 Regional Vice-Chairman of Region One, Ms. Annansha Peters presents a gift to one of the children Z:\2020\12 December\14 December 2020\Camera\Photos\Min Croal visit to Reg 1 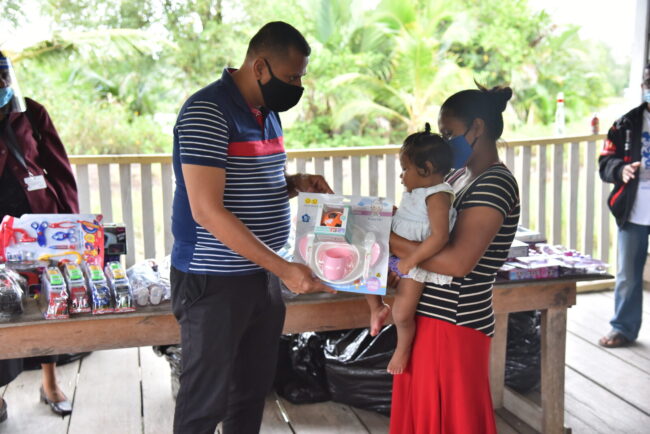 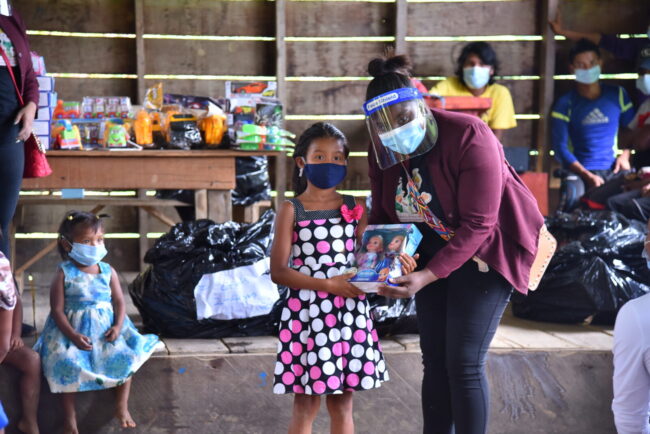 A parliamentary staffer distributes a gift 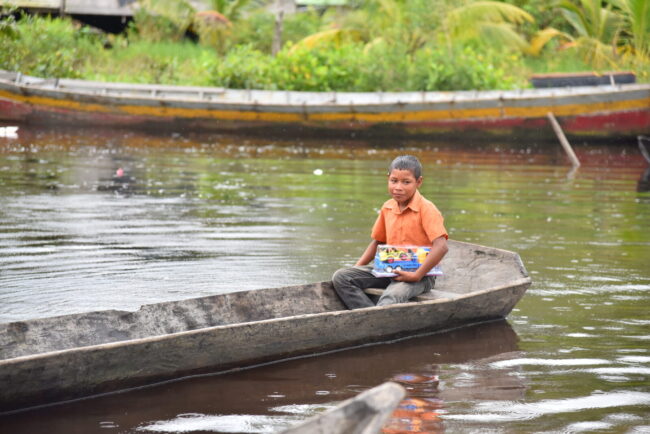