The Government’s plan to end blackouts is moving apace with work to set up the new powerplant at Garden of Eden, East Bank Demerara being some 58 per cent complete.

The five Wartsila generators, which are the main components of the 46.5MW powerplant, arrived in Guyana last week.

Minister within the Ministry of Public Works, Hon. Deodat Indar said each generator weighs approximately 150 metric tonnes and has a 9.3MW output. 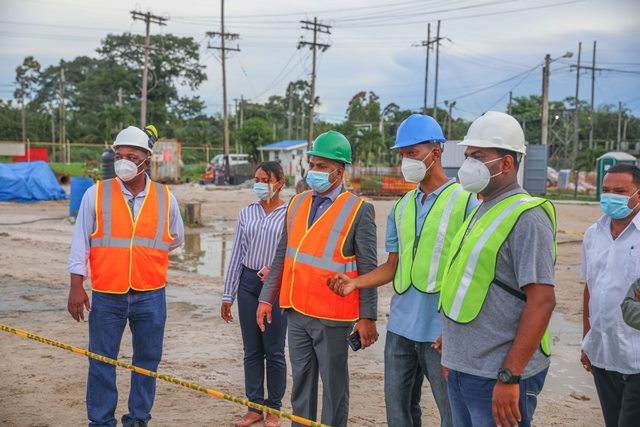 Minister within the Ministry of Public Works, Hon. Deodat Indar, CEO of GPL, Mr. Albert Gordon, Divisional Director of Engineering Services with responsibility for the Wartsila project, Mr. Ryan Ross, along with a team inspects the ongoing work today. 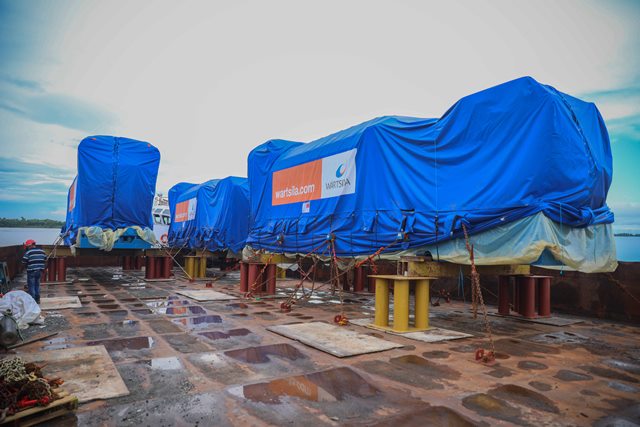 Three of the five Wartsila generators for the new dual-fire powerplant at the Garden of Eden, East Bank Demerara. 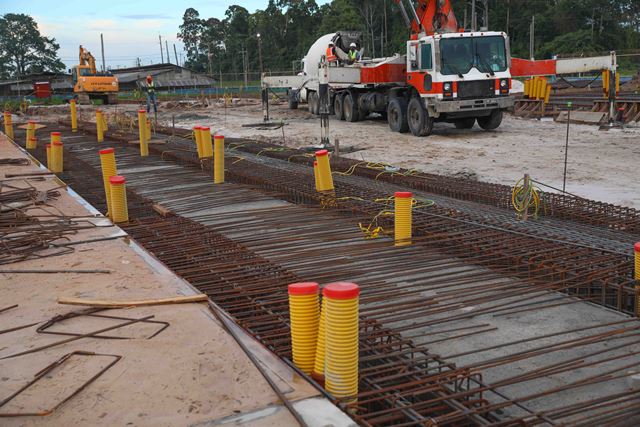 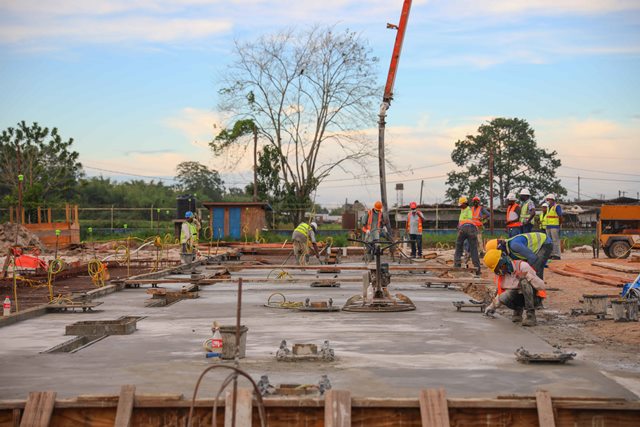 “For sets that huge there must be a below surface civil works so that is currently being done and it will run concurrently with the above civil works. The base where the sets are to be located, that part is already completed, but there is more work that need to be done,” the Minister explained during a tour of the facility on Wednesday.

The powerplant is set to be commissioned by the end of April 2021.

Minister Indar said the 46.5 megawatts will be added to the five megawatts which is being sourced from Giftland, and by next month there should be an additional 10 megawatts. Altogether, the electricity power would be able to meet the existing demand.

Chief Executive Officer of the Guyana Power and Light (GPL), Mr. Albert Gordon explained that over the past years Guyana has endured “very slim reserve margin” and a low back-up capacity. With the new intervention, the power load will be given a significant boost.

Meanwhile, Mr. Ryan Ross, Divisional Director of Engineering Services with responsibility for the Wartsila project, said the powerplant will have a two-million gallon fuel storage capacity.

The initiative is GPL’s largest generation project to date.

The generators arrived on Guyana’s shores on November 5 at the John Fernandes Wharf after leaving Finland on October 13.