The Minister of Public Security, Hon. Khemraj Ramjattan today donated several items towards the extra-curricular activities as well as the graduation exercise for students of the Diamond Secondary School.

The donation was in response to a request made by the headmistress of the school. 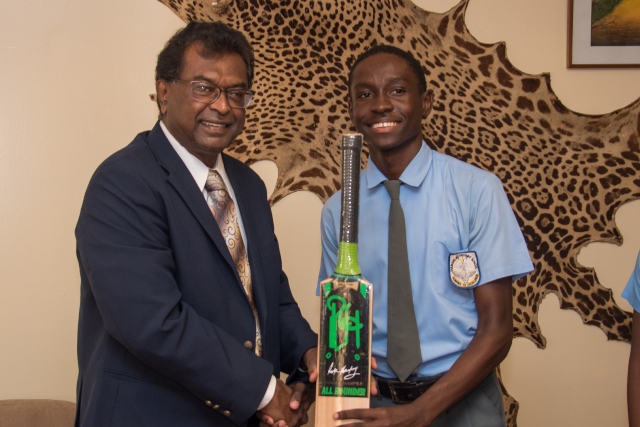 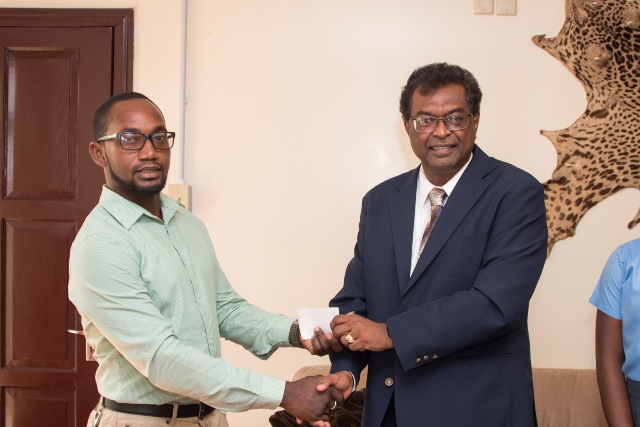 The items were handed over during a simple ceremony held in the boardroom of the Ministry of Public Security. Along with the items donated, which include cricket and football, two electronic tablets and several board games the minister also donated a cheque for $50,000.

Minister Ramjattan urged the students to ensure that the equipment is cared for as extra-curricular activities play a major role in instilling discipline.

“I want you to take care of the cricket gear especially… I believe that when young people play more games, they are distracted from negative tendencies and it is so vital that we continue, not only to read your books, but play your games, but do so in a sportsman-like manner. We are here to support you.”

The Diamond Secondary School was represented by students Yuhane Porter and Saskia Warrick, as well as the Physical Education and Visual Arts teacher Kennard Browne who gave a few words of thanks.

Also gracing the ministry’s boardroom was Ashtorina Antigua, a teacher from the Linden One Mile Primary. The school received several electronic tablets and a donation of $25,000. Antigua also expressed appreciation for the donation.