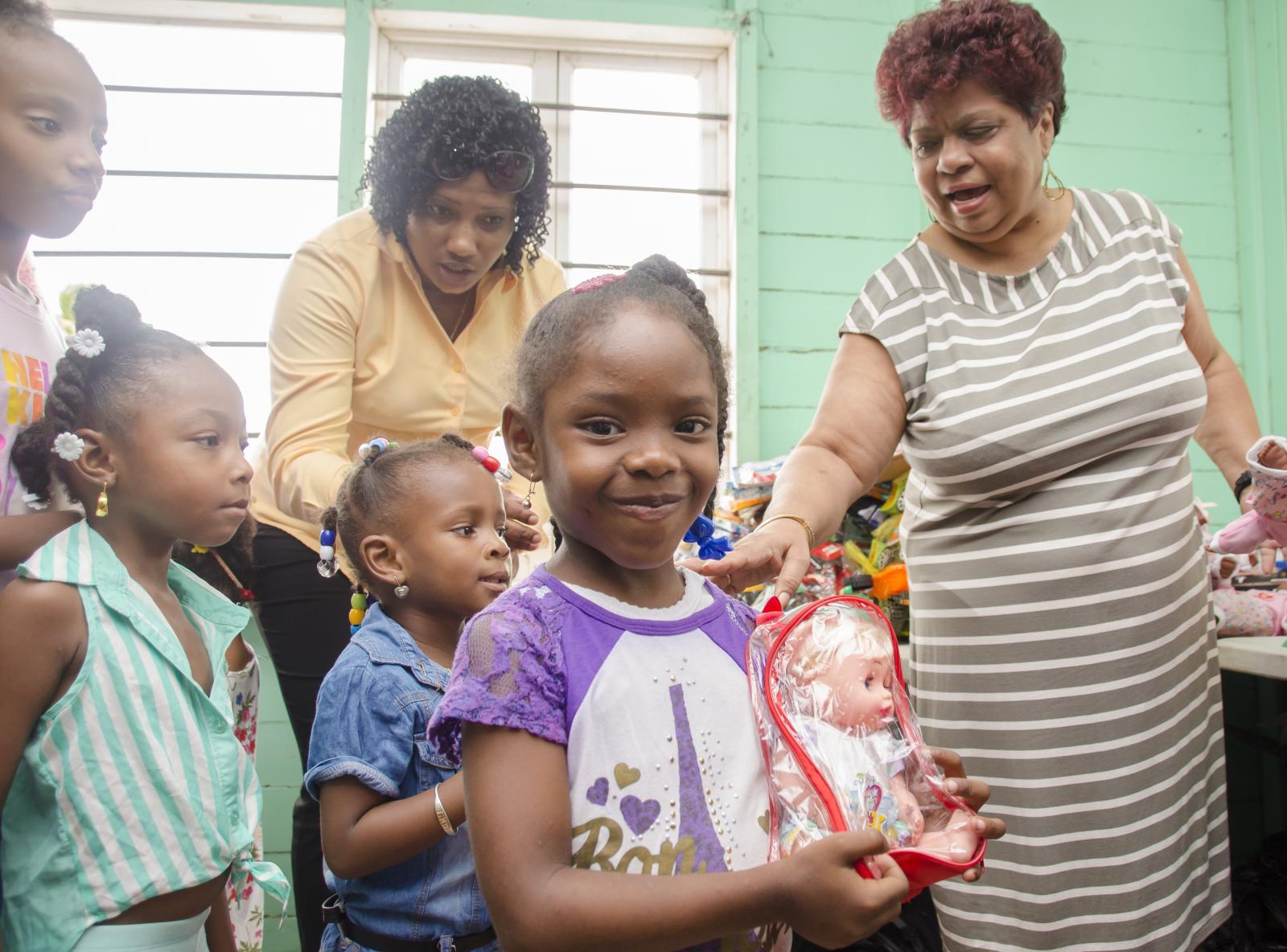 This little girl smiles for the camera after receiving her Christmas present from Minister of Social Cohesion, Ms. Amna Ally as the others queue up behind her

“You know that our President has promised a good life for all of Guyana and I want to say to you Region Three, that we have been doing a lot of work with you in this region. We have been here. We have given a bus to this region for school children. We have given bicycles and we have visited many of your communities… That is all in preparation for you to enjoy the good life,” Minister Ally said.

In an invited comment, Ms. Monique David, the mother of a six-year-old student, who received a bicycle, expressed her gratitude for the initiative noting that she has had often had to walk her daughter to school or travel by taxi. “I’m happy that they recognise that the students form the Parfait Harmonie community need bicycles because some of them live very far so I’m very thankful for this initiative… Indeed it is going to make a big difference [to our lives] because the distance from school to walk… she normally complains and I normally carry her bag and I’ve noticed that the bicycles have baskets so that will help to carry her bag,” she said.

Minister of Social Cohesion, Ms. Amna Ally (centre) and the latest batch of recipients of bicycles under President David Granger’s ‘Five Bs’ programme, today at the Den Amstel Community Centre. Minister within the Ministry of Public Infrastructure, Ms. Annette Ferguson and Minister within the Ministry of Finance, Mr. Jaipaul Sharma are also pictured