Georgetown, Guyana — (November 29, 2018) Minister of State, Mr. Joseph Harmon, today, said that Government is looking for men and women with integrity to lead its public service.

“The new public service, therefore, has to be able to deliver in an administratively neutral way and has to be established firmly on the basis of merit and political impartiality.   It must also possess expert knowledge and a high standard of academic education.  In addition, it should consist of men and women of integrity who are reliable and willing to give advice without fear or favour, partiality or prejudice,” he said.

Minister Harmon listens to a cadet of the Bertram Collins College of the Public Service after his lecture this morning. 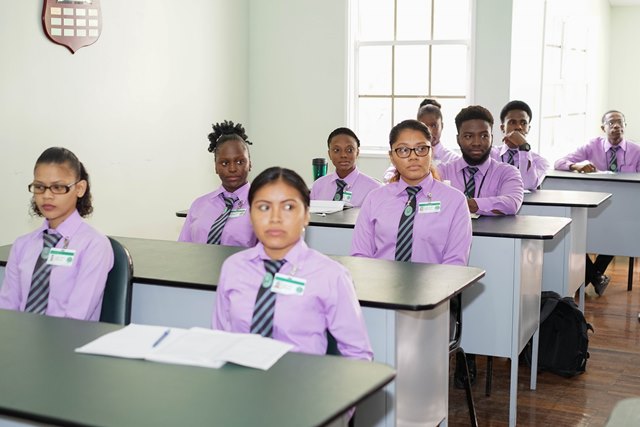 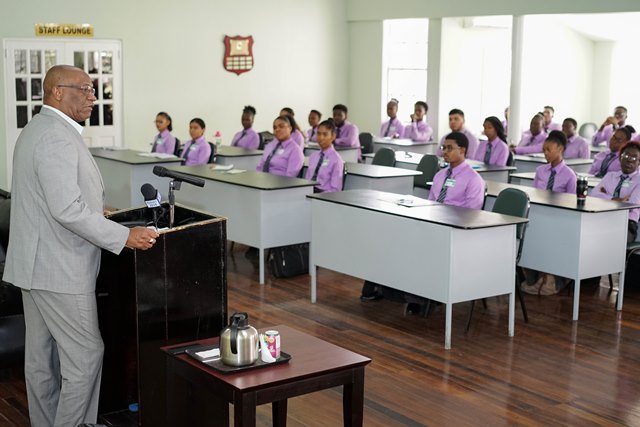 Minister of State, Mr. Joseph Harmon addresses the second graduating class of the Bertram Collins College of the Public Service.

The State Minister was at the time addressing the second graduating class of cadets at the Bertram Collins College of the Public Service (BCCPS) with a guest lecture titled, ‘the Realities of the Guyana Public Service’.

Minister Harmon also spoke to the Government’s overall vision for the public service of the future.

Celebrating the imminent success of the cadets, Minister Harmon made an urgent call for the cadets to take full advantage of the remainder of the BCCPS programme.

“I wish to urge you to make full use of all opportunities that are made available to you to improve your skills. Remember, you are the future administrative and budget agency heads of the Public Service. In years to come, I will see many of you as Permanent Secretaries, as heads of budget agencies… Many of you will have to go to the public accounts committee of the National Assembly… Many of you will become the subject of queries and statements made by the Auditor General of Guyana… Many of you will find yourselves on the front pages of this country because of the work which you have to perform… Pay careful attention to everything that is happening now… This is the foundation,” he said.

The BCCPS is dedicated to instilling integrity, impartiality, and objectivity in the next generation of public servants.  In December, the college will see its second graduation.