Minister of Tourism, Industry and Commerce, Hon. Oneidge Walrond, this afternoon, lauded the Guyana Telephone and Telegraph Company (GTT) for opening two news stores, saying it is a sign of confidence in the economy.

Minister Walrond, who commissioned the stores at Parika, East Bank Essequibo and Grove, East Bank Demerara, noted that in addition to rolling out more services to residents, GTT is also providing employment.

Minister Walrond pointed out that the Government could not employ everyone; therefore, private companies like GTT continue to a pivotal role in driving that process.

“[T]he employment of citizens especially during this period is certainly welcomed,” the Minister said. 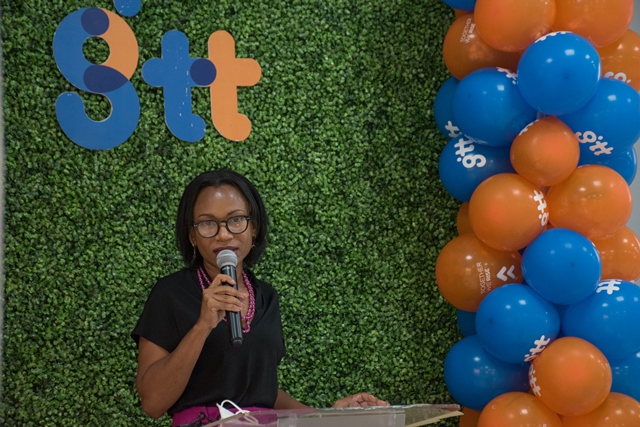 Minister of Tourism, Industry and Commerce, Hon. Oneidge Walrond delivers her address at the commissioning of the Parika store. 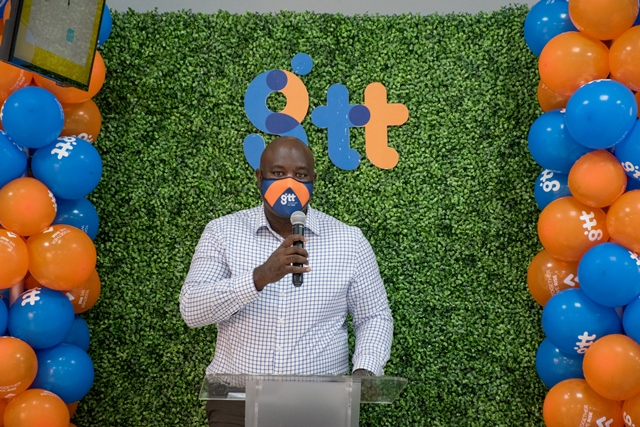 GTT CEO, Mr. Justin Nedd at the opening of the Parika store. 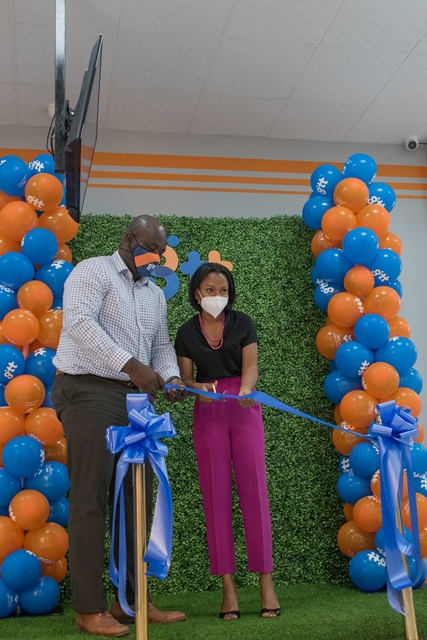 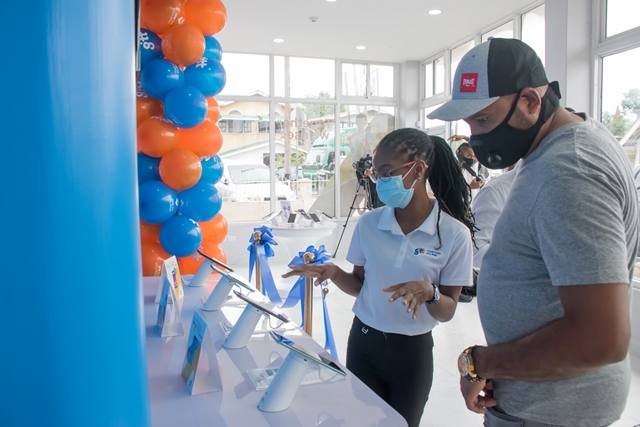 One of the first customers accessing services at the new GTT store at Grove, EBD. 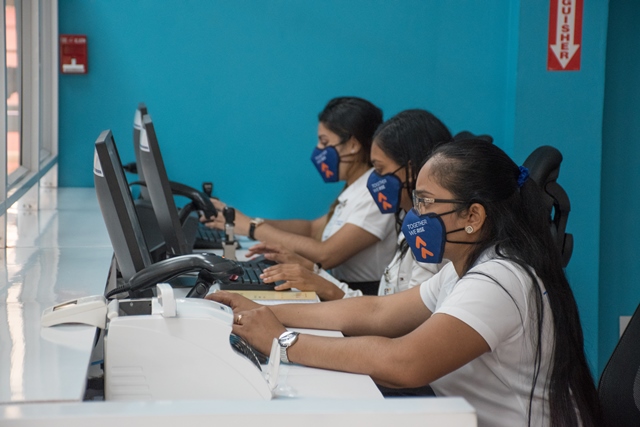 Staff hard at work at the GTT Parika store

The Industry Minister also highlighted that GTT is one of the largest employers in the country and the launch demonstrates its understanding of its critical role in creating jobs and contributing to development.

“As a Government, we reach out to our service providers to come speak with us let us know what sort of enabling environment we can give, what sort of incentives we can offer for you to expand to these remote communities that are in dire need of service,” she said.

GTT has been spearheading telecommunications services in Guyana for almost three decades and has established infrastructure and the latest technology countrywide, she said.

“I’m impressed with your product development team’s innovation, which is always exploring options to leverage technology advancements towards the provision of greater connectivity and opportunities for citizens and businesses.”

The Minister said she is also impressed by the fact that GTT continues to expand its residential portfolio of services, thereby expanding choices for customers.

“Of particular interest is the Blaze high-speed services in Corriverton, Skeldon and the Essequibo Coast. I’m a State advocate for equal access for all Guyanese. I believe as citizens, we should be able to enjoy the fruits of our country, regardless of where we live,” she added.

Minister Walrond noted that the company has served generations of Guyanese and will soon observe its 30th anniversary. During that time, it is evident that GTT has evolved with technology and remains a stable service provider in Guyana.

“In the advent of a competitive environment, we encourage GTT to be innovative and aggressive in its thrust to emerge as a leader in technological advancement in Guyana,’ she said.

Meanwhile, GTT Chief Executive Officer, Mr. Justin Nedd said the store is the first of its kind at Parika and GTT is proud to be part of the community. “We are proud to be able to bring employment and help the community,” he said.

Mr. Nedd noted that it was only last year that GTT brought ‘faster’ internet to Parika and the services at the store is another example of the company providing residents with the services that they demand and deserve.

The Government in its manifesto said that information and communications technology (ICT) is key to building an economy for the future and for supporting national development.  Two months after entering office, the PPP/C made good on its plan and liberalised the telecommunications sector. Since then, the Government has outlined plans and rolled out programmes using ICT for education, social and economic development.