The Ministry of Communities continues to initiate programmes aimed at building the technical and institutional capacity of the local democratic organs to deliver effective and efficient services to their constituents.

The Ministry, in collaboration with the Caribbean Local Economic Development Project (CARILED) today, brought mayors and councillors of the nine municipalities for a one-day workshop at the Cara Lodge Hotel, aimed at promoting sustainable communities through strong local governance.

CARILED has been working with the Ministry since August, 2012, piloting local economic development through the financial support of the Government of Canada through Global Affairs Canada. 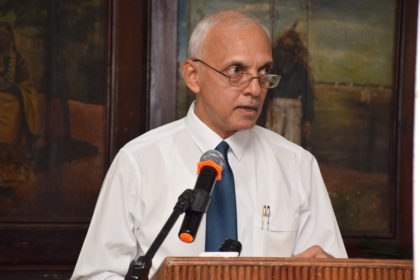 good governance. The Communities Minister noted that the project also provides vital training and facilitation of activities that lead to institutional strengthening and capacity building within the local government structure.

Minister Bulkan said that the local government input into the project is deemed significant within the country’s governance architecture and national administration because the, “local officials are closer to people, thus more in tune with the needs of people, whether they live in towns or villages.”

He added that the local government officials’ willingness to contribute to the project for the betterment of the residents is considered as a vital element for the nation since it would be difficult for Central Government to address these issues alone.

The workshop was in keeping with the Government’s quest to build and develop strong, safe and more secure communities. 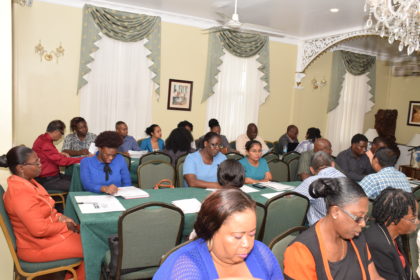 A section of the participants at the CARILED workshop

Minister Bulkan highlighted a number of developments achieved through the implementation of the CARILED project which include: five municipal development plans being improved for the municipalities of New Amsterdam, Rose Hall, Linden, Anna Regina and Corriverton.

The Communities Minister said that significant work was carried out in the development of local areas economic profiles along with the economic development and strategic planning in the Neighbourhood Democratic Councils (NDCs) including those in Regions Two, Three, Four and Six.

There was an ease in doing business due to the various workshops held which led to the establishment of a number of business facilitation and help desks in various areas. Additionally, there were the identification options to increase the revenue base of councils and their access to funding to allow proper execution of their work programmes by local officials.

Meanwhile, FCM’s representative Carriere, noted that the local government bodies will need to multi-task in solving numerous issues affecting their communities since they play a significant role.