–Ministry ready for the road on February 23

Under the theme, “Celebrating the beauty of Guyana’s unity and cultural diversity”, the Ministry of Social Cohesion launched their Mashramani Float and Costume Band for 2019.

“We want this year’s Mash to be a spectacular one.  To show what Guyana represents, a nation of one people pursuing one destiny,” said Minister of Culture, Youth and Sports, Dr. George Norton, as he addressed the audience gathered at the launch.

Shedding light on the theme behind the band’s costumes was Permanent Secretary, Melissa Tucker. 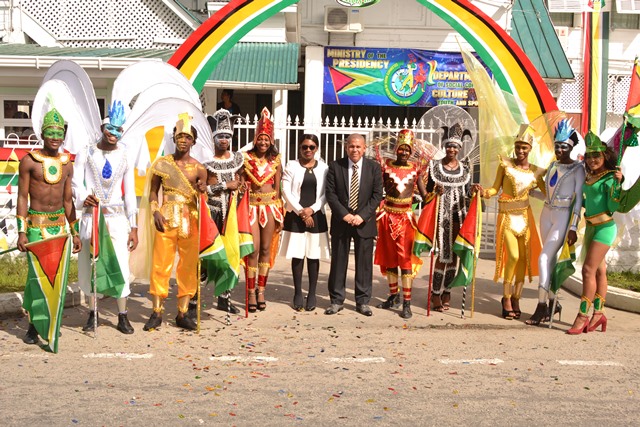 Minister of Culture, Youth and Sports, Dr. George Norton and Permanent Secretary, Melissa Tucker along with some of the models displaying the costumes for the ministry’s Mashramani band. 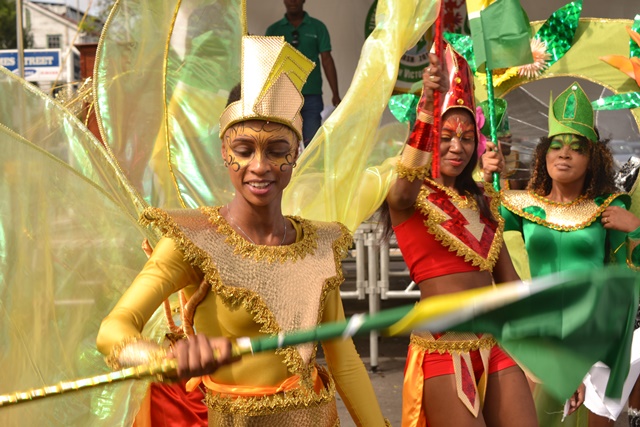 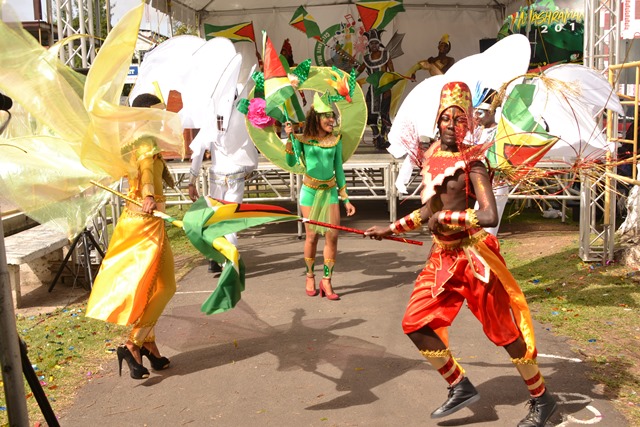 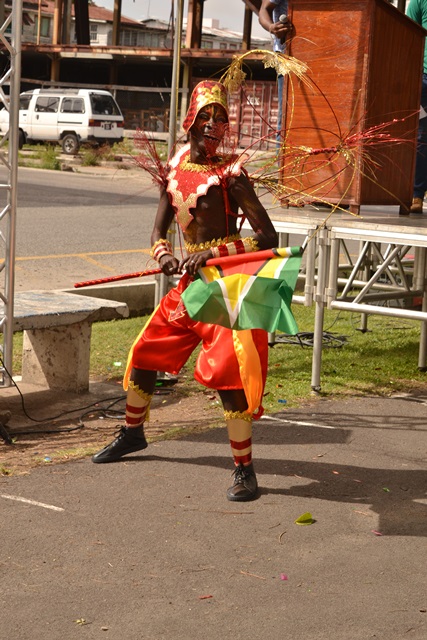 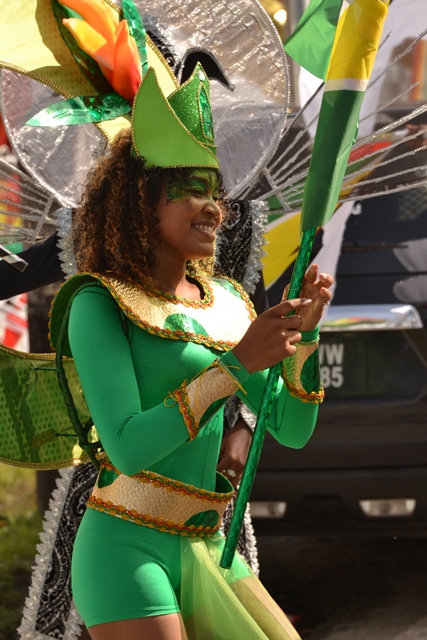 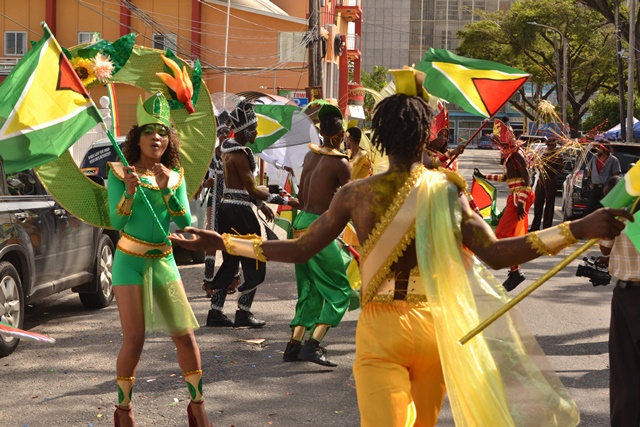 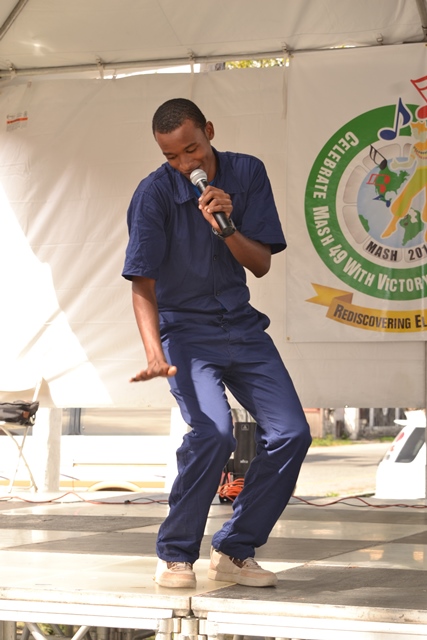 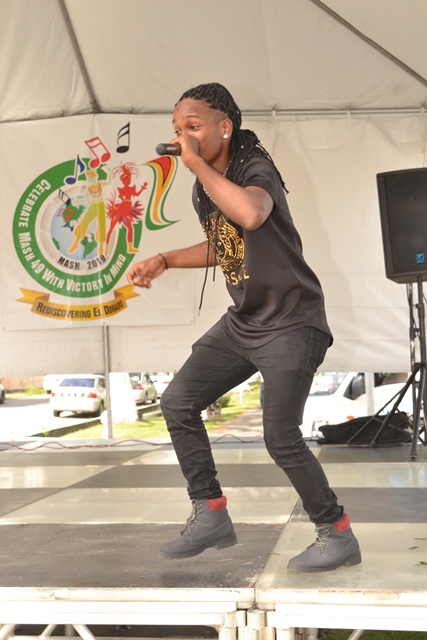 “This year, the department’s float will represent a melting pot of our people and their culture, and at the heart of the float there will be cultural elements associated with each ethnic group,” Tucker explained.

The revellers will be decked out in costumes featuring the national colours of Guyana.

Costume Designer, Neilson Nurse, explained that each section of the band will feature one of the national colours, “Red is symbolic of the zeal and strength of our people; black is the endurance of all Guyanese; yellow represents wealth and prosperity; white is depicting Guyana’s waters and a symbol of hope and green is representing growth and development of our country,” he explained.

The Ministry is expected to hit the road with a 300-strong band and will have artistes such as Vanilla bringing the excitement and energy on February 23.