The Moco Moco hydro power facility is expected to come on stream shortly as the Government has been successful in securing $200M in international funding, Minister of Social Cohesion Amna Ally, told over 100 residents at the Moco Moco Primary School over the weekend.

The facility is expected to provide jobs for the residents, and improve the standard of living and develop their community. 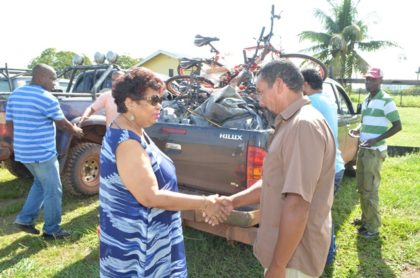 The design for the project has begun and it is expected that the works will commence before the end of 2016. The Social Cohesion Minister advised the residents that the Government under the leadership of President David Granger will ensure that their lives are improved. Minister Ally expressed the view that due to neglect by the former administration, no meaningful development was done in Moco Moco.

“This Government under President Granger is going to change that, and we have started to do so, we are going to advance your life so that you can enjoy it …we have a lot in store for you, we want your development, we want you to have a good life,” the Social Cohesion Minister stated.

Residents had long called for the power plant to be repaired since they were forced to pay increased electricity costs, after fossil fuel powered generators were used as alternative power sources. Now that Government has announced the revival of the project, a former employee and resident, Mark, made some suggestions to the Minister. 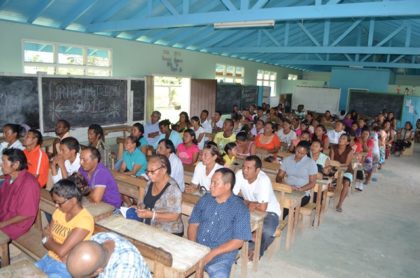 “I was a worker of the hydro when it used to work so I realised that we have some mistakes when it comes to like tourists visiting the facility, I think we need proper consultation with the village, we need to sign proper agreements,” the resident stated.

A small hydropower project was developed at Moco-Moco with assistance from the Government of China in 1995 which provided electrical power for Lethem. The hydropower plant began to work in 1999, however, a landslide in 2003 disrupted its operations, and it has since been out of commission.