Fourteen (14) new trainees from across the North Rupununi, along with the current staff of Radio Paiwomak participated in a three-day basic broadcasting skills workshop over the past weekend.

This media workshop which took place at the Bina Hill institute in Annai, Region Nine where Radio Piawomak is housed, was sponsored by the Office of the Prime Minister (OPM) and conducted by Dr. Rovin Deodat, Radio Specialist and Communication Consultant to the OPM.

The modules for this workshop covered basic skills required for speaking, reading, writing and interviewing on the radio by new community volunteers.

The workshop was a direct result of a promise made to Radio Piawomak by Prime Minster Moses Nagamootoo on a recent visit to the area. After noting the small staff of the radio station, the Prime Minister promised to arrange for more trained volunteers to assist the Coordinator, Virgil Harding and his staff of three, to continue serving the communities of the North Rupununi.

In his opening remarks, Dr. Deodat indicated that this workshop was fulfilling part of the commitment made by the Prime Minister when he visited Radio Paiwomak on July 22, 2016. The PM also promised the assistance of OPM in upgrading the broadcasting equipment of Radio Paiwomak, after the necessary assessment was carried out.

The trainer also revealed that Radio Paiwomak is now seen by OPM as part of the Regional network of community-oriented radio stations, which also include Radio Lethem and Radio Maburama.

Radio Piawomak is the first Community Radio Station to have been established in Guyana, under a UNESCO initiative, and began broadcasting in the year 2000. It is currently supported by the National Communications Network (NCN) and OPM. 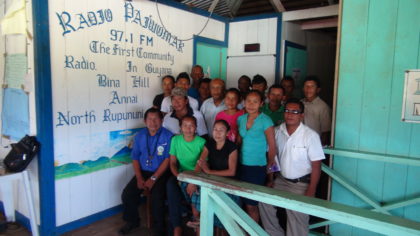 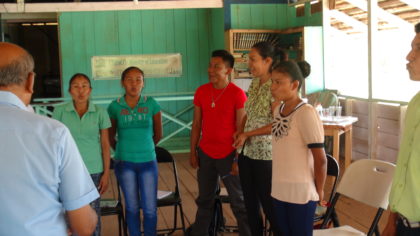 Going through their paces – vocal exercises 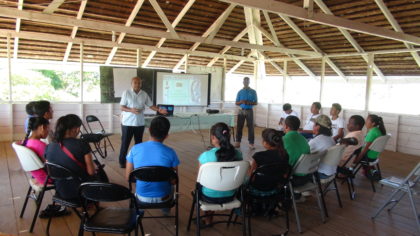 Presentation at the WS 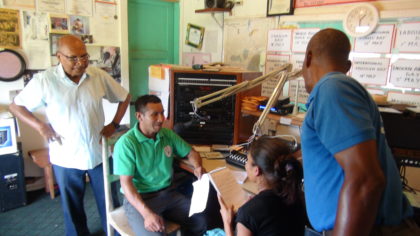 Hands on experience in the studio