Names of PPC nominees sent to President Granger for appointment

The Public Procurement Commission (PPC) is expected to be put in place shortly with appointment of its members by President David Granger. 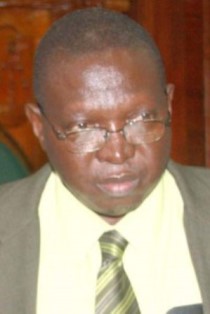 Clerk of the National Assembly, Mr. Sherlock Isaacs disclosed that the names of the Commission members have been sent to the President for appointment. These names are Emily Dodson, Carol Corbin, Sukrishnalall Pasha, Ivor English and Nanda Gopaul.

These persons were nominated by the Appointments Committee and were approved by two-thirds of the elected members of the National Assembly on August 8.

Under provisions of the Constitution, the President could only appoint members of the PPC after their nomination has been approved in the House, and by a two-thirds majority.

The PPC has been a contributing factor that predated the holding of the General and regional elections in May 2015, as the then opposition had insisted that Cabinet should cease the practice of giving ‘no objection’ to contracts for state projects and services, in favour of appeals by aggrieved contractors to the PPC.