In the event of any animal disease outbreak, it is commendable for countries to always have a plan/strategy and an amount of preparedness in order to respond. 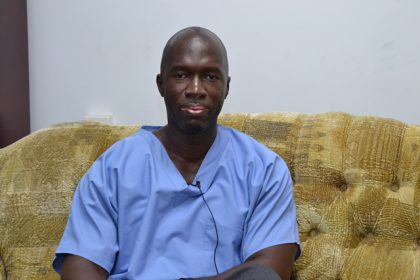 In an effort to garnish the relevant stakeholders with requisite knowledge on foot and mouth disease, so as to prepare them for any eventual outbreak, the Guyana Livestock Development Authority (GLDA) today held a workshop on National Emergency Animal Disease Preparedness Response at the GLDA boardroom.

The workshop continues decades of works by the authority since the GLDA has an obligation to the World Animal Health Organisation – the United Nations body responsible for livestock and animal health and zoonotic disease matters.

Deputy CEO of GLDA, Dwight Walrond remarked that the workshop will lead to an eventual simulation exercise. 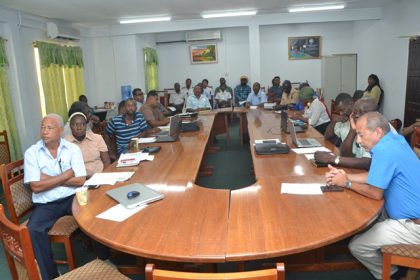 Stakeholders at the workshop.

“We are expected to simulate this year, an outbreak of foot and mouth disease. The exercise would commence on the 11th and conclude on the 13th in Region One. The general objective of the exercise is to test our preparedness and readiness, with respect to our response to an eventual outbreak.”

The agency will also be testing their laboratory response, the country’s quarantine systems and ability to coordinate with other agencies.

According to Walrond, Region One has been selected since, currently, there is an animal health situation in Venezuela.

Among the stakeholders involved in the workshop are the Guyana Police Force (GPF), Guyana Defense Force (GDF), Civil Defense Commission (CDC), the University of Guyana (UG) and Pan American Health Organisation/World Health Organisation (PAHO/WHO). These bodies would contribute positively in the event of an outbreak in the country.

Editor’s Note: Zoonotic: Relating to a zoonosis: a disease that can be transmitted from animals to people, more specifically, a disease that normally exists in animals but that can infect humans. There are multitudes of zoonotic diseases.