NDC reps of Region 2 charged to ‘own their roles’

Minister of Communities, Ronald Bulkan has declared the recently held elections on November 12, as a promise kept by the Coalition Government to restore local democracy.

“We kept that promise,” said Minister Bulkan, as he reminded of President’s David Granger’s promise to maintain the Local Government Elections when they are constitutionally due. 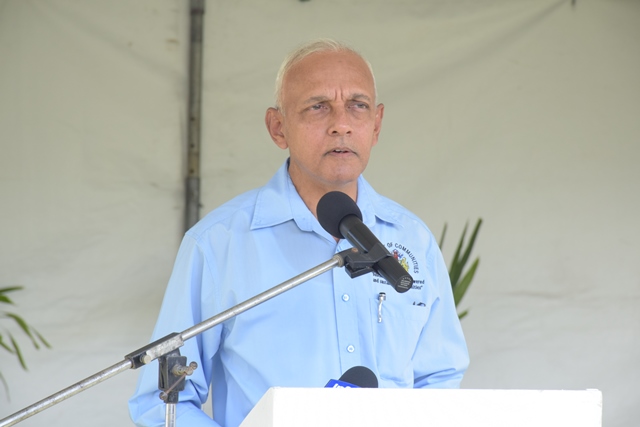 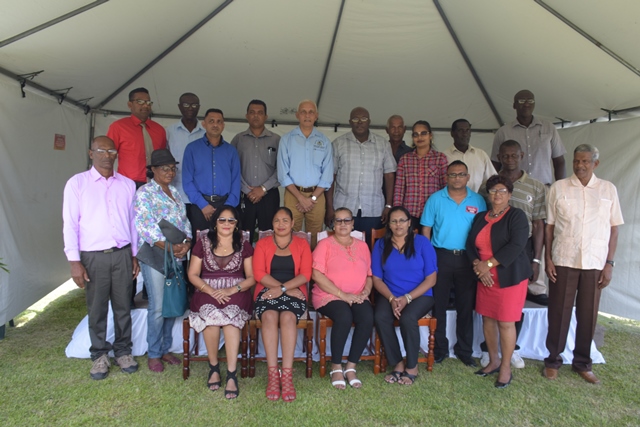 Minister of Communities, Ronald Bulkan along with the Region 2 NDC chairpersons and deputies.

On Monday, the minister charged Region Two’s National Democratic Council’s chairpersons and deputies to own their roles and collaborate for the betterment of all in their communities.

This LGE was conducted within the prescribed time frame and is fourth since Independence. Minister Bulkan said the LGE “was not an exercise in politics but an opportunity to deepen the local democratic process” across the 670 constituencies.

Describing the occasion as historic, the Communities Minister charged the newly sworn-in officials to understand the comprehensive nature of the system.

He also said the polarization that occurs during general and regional elections and the resultant ‘winner takes all process’, is the polar opposite of the LGE. He added that the current system of empowerment must be so engraved that any successive government must not be able to institute any Interim Management Committees as pertained under the previous administration.

He added that as Communities Minister, his job is to lend a helping hand to all officials and ensure they all cooperate. He promised to ensure that a book outlining the Districts and Local Democratic Organs and Councils Acts is given to all elected officials, thereby ensuring they are cognizant of their roles and responsibilities.

The minister quoted from the foreword, written by the President, in the handbook, urging officials as they go about their vital work:

“to own your roles, you are the bedrock of your system, serve out of a sense of commitment… LDOs [Local Democratic Organs] should be representative, inclusive and effective, collaborating to ensure all citizens enjoy a high quality of life.”

He noted that the inaugural National Congress of Local Democratic Organs held in July, will now be an annual activity and the officials will have the opportunity to network with all of the other leaders, make suggestions and deepen collaborative ties. The enhanced remunerations package, he explained, was one of the suggestions arising from the last NCLDO and government will continue working to ensure many more become a reality.

In brief remarks, Regional Chairman Region Two Devanand Ramdatt lauded the recently concluded LGE noting, “We have sustained the action of cooperating in a peaceful way as we go about our business. He added that it important that the three tiers of Government work together with communities, be courteous and serve in the best interest of all the people. “The tasks that lie ahead are important and once the public’s confidence is built more can be achieved… We must work cohesively to build our communities and country in 2019 and beyond… Citizens must have an input into decisions which affect them.”

The elected officials take up their posts from January 1, 2019.