Students and other stakeholders of the Brickdam Secondary and Buxton Primary Schools are likely to see new buildings for their schools in the near future.

Minister of Education, Dr. Rupert Roopnaraine said preparations are being made for submissions to the Ministry of Finance for provisions in the 2017 budget for the construction of two new schools to house the students of Buxton Primary, East Coast Demerara and Brickdam Secondary, Georgetown. 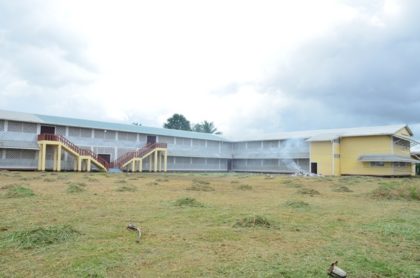 New location where the Brickdam Secondary School students will be housed

The students of both schools have been faced with relocation because of inadequate facilities.

Addressing the situation which exists at the Buxton Primary, Minister Roopnaraine told the Government Information Agency (GINA), “Basically what needs to happen is that we need  construction of a new school, and we are going to put in the 2017 budget a new school for Buxton. We know that the situation is not satisfactory the way it is, and we are trying to make sure that when we make the move, the pupils will be moving to a situation where we have more space, playground and so on. The furniture has been moved to Company Road Primary, we are hoping we will get everything ready for September (5); it’s a lot of preparation.”

Further the minister said it is still to be decided whether or not a different location will be considered for the construction of the new building for the Buxton Primary School. 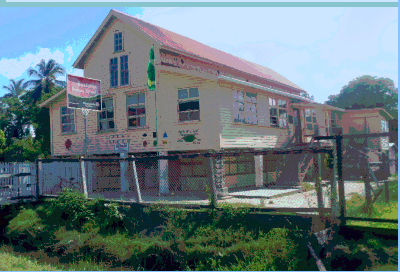 The Education Minister explained that the objective is to have children in an environment where there is adequate playground space. “That’s something that’s still to be decided. We may have to move to a new location because if we want to provide playground and facilities we don’t want the children to be crowded up in a building … ideally speaking, all schools should be placed in a situation where you have adequate playground facilities so that children can breathe out of school… I am trying to get all these things in a state of readiness to present to the Minister of Finance who is ultimately the decision maker in this,” the minister noted.

Residents of Buxton, recently raised objections to a proposed closure of the Buxton Primary School, which Ministry of Education officials said is structurally unsound.

Following a meeting with teachers, the then Chief Education Officer, Olato Sam announced that the school would be closed and students and teachers relocated.