The Ministry of Social Protection will be embarking on a community based development programme to encourage victims of domestic violence to speak out. Manager of the Sexual and Domestic Violence Unit in the Ministry of Social Protection, Akilah Doris, said the new programme will empower victims to overcome their fear about speaking out against abuse. 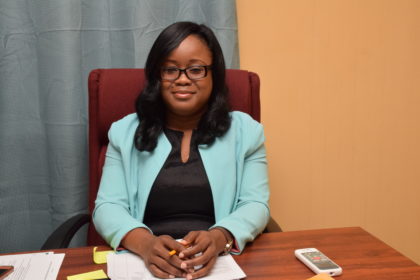 Doris noted that domestic violence has always been a pressing issue in Guyana. She pointed out that the Sexual and Domestic Violence Unit has recognised that members of the community are usually the first responders to many social issues in their communities.

Doris noted that domestic abuse often escalates from threats and verbal abuse, to violence and undermining the victim’s self-worth or self-esteem. She said the Ministry, through collaborative efforts with international and local organisations will eradicate this social ill.

“We recognised that the work of eradicating all forms of violence and in particular domestic violence and sexual violence must be done in collaborative efforts. We would have embarked on several initiatives to start this relationship going where we invite our partners to come on board and persons who may have a general interest. Also, we have engaged other Ministries to get this initiative going,” Doris explained.

The Manager for the Sexual and Domestic Violence Unit noted that ending domestic violence will not happen overnight but the programme is a start.

Doris related that in 2016, the National Task Force for Domestic Violence was launched after which several protocols for medical practitioners, police officers and prosecutors among others were signed.

Doris explained that the Task Force is needed since there are  no mechanisms in place for partners to follow guidelines on how to  respond to victims of  domestic and sexual violence.

The unit will also embark on training their partners which include members of the Guyana Police Force among others.