The Georgetown Public Hospital Corporation’s (GPHC) maternity ward will be open to the general public before the third quarter of this year.

Chief Medical Officer, Dr. Shamdeo Persaud, in an interview with the Government Information Agency (GINA) said, “ the construction, … has been ongoing and I think its closing to the end, hopefully before the next quarter we should be able to formally open that unit.” 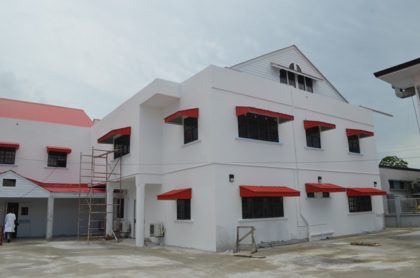 Public Health Minister, Dr. George Norton in an invited comment said that the delay in the completion of the unit is due to a breach of contract by the contractors and the ministry is considering legal action.

“I have a document where the contractors are justifying the non-completion of the building because they are saying to us that they had to stretch their resources to complete other projects and as a result have neglected this wing that they are doing. I don’t think that they are in the right path. I said it before, if not legal action, at least some form of sanctions should be imposed on them,” Minister Norton explained.

Dr. Persaud explained that, “The Georgetown Hospital has been under tremendous pressure when it comes to maternal/child lives. Of course maternal health is quite an area of concern for the ministry.”

The construction of the new wing is intended to assist in the number of referrals to the GPHC. On completion, it is expected to house 50 beds, two operating rooms, the birthing room, and Neonatal Intensive Care Unit (NICU) on the top floor.

The project which started in February 2015 with $263M allocated by the previous administration, received $89M which was allocated in the National Budget in 2016. 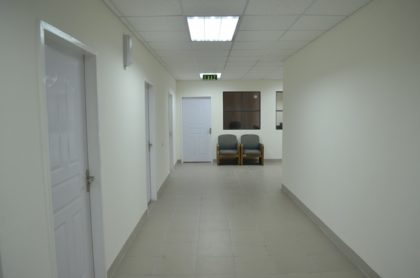