Minister of Communities Ronald Bulkan has noted that a change is ongoing in the governance at the community level in Guyana – to a decentralised and fully autonomous system of governance.

Minister of Communities Ronald Bulkan was at the time delivering the charge to the Neighborhood Democratic Councils (NDC) Councillors in Region Five, Mahaica-Berbice,  at compound of the Fort Wellington Secondary School on the West Coast Berbice (WCB)

He said the current change allows people at the grass roots level to have a direct say in the development of their communities. “This system was entrenched in the Constitution of Guyana but had been ignored by the previous administration,” Minister Bulkan said.

The Communities Minister further added that “theAPNU/AFC Government has restored the system and is committed to improving it and having it entrenched in the governance system to the extent that no future Government would ever be given the right to dispossess grass roots citizens of their rights to self-determination entrenched in eth laws of Guyana.”

Minister Bulkan noted that the November 12 Local Government Elections (LGE) has been the fourth in nearly half a century in Guyana; and the 2016 LGE which was followed by the 2018 LGE were the first ever to be held consecutively in the country after a dearth of 23 years.

He assured the Councillors also of a “hands-off guarantee” from the central Government citing article 75 of the Constitution of Guyana which gives Municipalities and Councils full autonomy for their activities without a central influence. 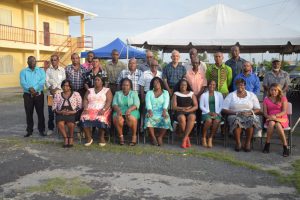 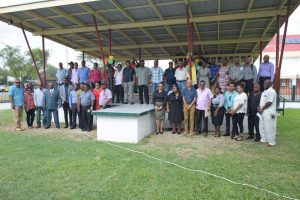 Minister Bulkan said: “Article 75 Article of the Constitution says that Parliament shall ensure that Local Democratic Organs (LDOs) shall be autonomous. That is, have the right to manage their own affairs.”

He added: “This provision was there all along but was deliberately ignored by the previous administration.  The allowance for autonomy is a direct opposition to the concept of winner takes all; what we have here now is not a Government that makes decisions for the entire country from Georgetown; what we have is a quiet revolution; a change is taking place in the Governance of our country from centralised to decentralised governance and we in the APNU/AFC Coalition Government are committed to this.”

Minister Bulkan stressed that the Coalition Government had in just over three years ensured that the democratic credentials of the Local Government Councils are intact and has provided considerable support by way of training and capacity building within councils. “We have been putting our money where our mouth is,” he underscored.

Minister Bulkan observed that there is more to be done and to this end the Government will be aggressively pursuing a programme for the further empowerment of the local government system of governance in Guyana. “We are in a new era, an era of people’s empowerment.”

Minister Bulkan stressed that the intention of the Coalition is to have the system of decentralised governance so entrenched that citizens all across the country will realise the utility and validity and the superiority of this approach to governance and will resist any attempt to resuscitate the old and discredited model of centralised governance.

The Chairpersons for the ten Neighborhood Councils in Region Five were sworn into office by Regional Executive Officer Ovid Morrison. Other attendees included the Permanent Secretary of the Ministry of Communities, Emil McGarrell, senior staffers of the Ministry, senior officers of the Regional Democratic Councils and overseers of the NDCs and other special invitees.

Meanwhile the newly elected NDC leaders in Region Six, East Berbice-Corentynetook the oath of Office before Regional Executive Officer, Kim Williams-Stephen on the Lawns of State House in New Amsterdam.

Regional Chairman David Armogan called on the leaders to allow participation from the people and be their servants instead of the other way around. “Democracy is, consulting with the people, allowing them to participate in the process of decision making and that is what we expect from our newly elected councilors and vice chairs,” he said.

Armogan also called on the community leaders to be fair in all aspect of the execution of their duties and serve in a way that would make the lives of the citizens more comfortable.