Dr. Michael Gboun is the new Country Director of UNAIDS for Guyana and Suriname. During an introduction to the Minister of Public Health, Hon. Volda Lawrence, Dr. Gboun has committed to ensuring that the progress made in the area HIV/AIDS prevention and control is intensified.

The outgoing director, Dr. Martin Odiit, served a successful four-year tenure. His work with the agency came in for high commendation from the incoming director who noted the successes made within recent years. Dr. Gboun, who met briefly with the Public Health Minister and Dr. Odiit, anticipates continued improvements. The Ministry of Public Health and the National AIDS Programme Secretariat (NAPS) welcomed the new UNAIDS director who is eagerly prepared to get to work in his new capacity.

During an interview with the Department of Public Information (DPI), the new director stated that he is aware of the current status of HIV/AIDS interventions in the country. He has since made a comparison with other countries he has previously worked and notes that reaching 100% coverage is achievable for Guyana.

The focus will also be directed in the area of mother-to-child transmission of the virus. This is of importance since it has been noted that in 2016, over 100 babies were born with HIV in Guyana. “The status, so far, is so impressive! Guyana may more than likely be one of the countries that will achieve the 90/90/90. So, my role is to reinforce the progress made and to ensure that the last mile is achieved; that is my biggest priority… The second priority will be to ensure we address mother-to-child transmission as a human rights issue,” Dr. Gboun explained, expressing confidence in the work, which has been ongoing in Guyana. 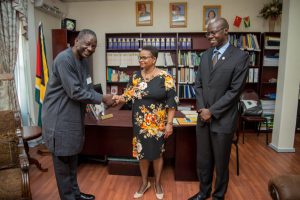 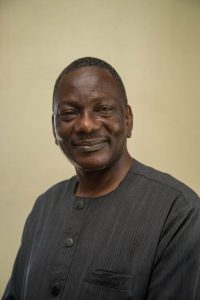 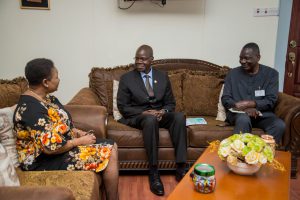 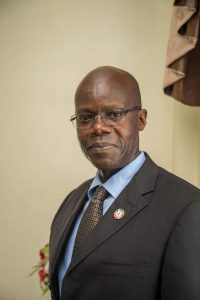 Outgoing Director, Dr. Odiit, highlighted that Guyana’s progress has intensified since 2016. “In 2016, the country committed to what we call the UNAIDS 90/90/90 target, and the country is doing well on that front. He further explained: “The first of the three 90s the country is now at 93% – meaning it has achieved the 90%. The second one – it’s at 73% and the third one at 81%, but we hope that by December 2020, when we are supposed to achieve those targets, we shall have achieved those targets.”

The UNAIDS 90–90–90 treatment for all targets, to which Guyana has agreed, aims to diagnose 90% of all HIV-positive persons; provide antiretroviral therapy for 90% of those diagnosed; and achieve viral suppression for 90% of those treated by the end of 2020.

Minister Lawrence, while meeting with the incoming and outgoing directors, commended UNAIDS for the successes of their partnerships coming from HIV/AIDS prevention and control initiatives and programmes. She also shared her expectation that the attention given in the area of HIV/AIDS must come from a collaboration of all stakeholders.