No longer in darkness

― New Amsterdam and its environs benefiting from installation of street lights

Residents of New Amsterdam and its environs are already seeing the benefits of the installation of street lights within the community.

For years, residents of the Mt. Sinai-Angoy’s Avenue in New Amsterdam were left in darkness. This was despite continual petitions to the previous administration for street lights. The lack of electricity killed the friendly community nature of the area and led to a surge in crime leaving residents afraid to leave their homes after hours. 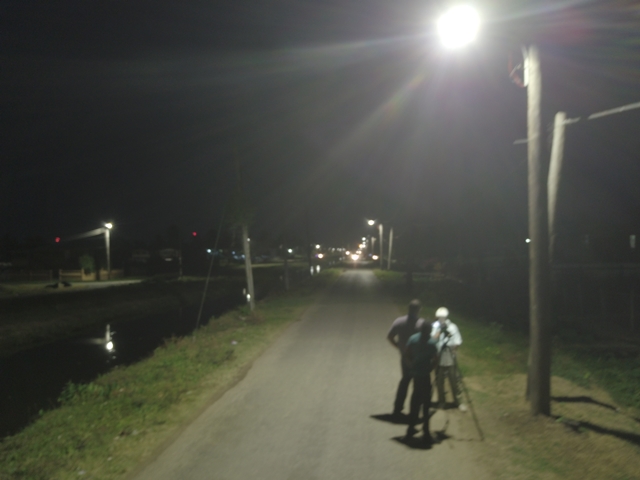 Person’s can now safely have a ‘gyaff’ even at nights. 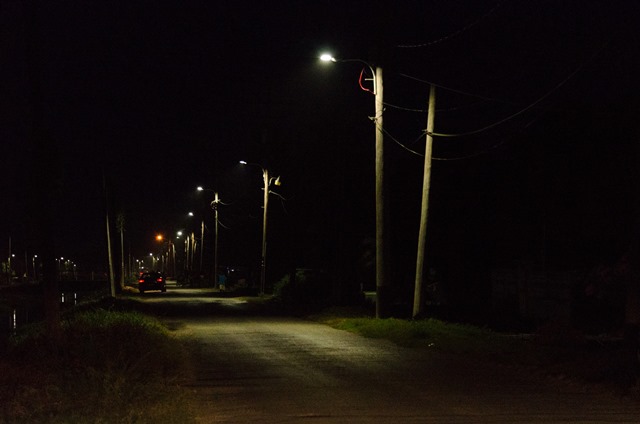 A section of the now well-lit Angoy’s Avenue.

Now that the area is well lit, life in the community has returned to normalcy, and this has made residents elated. One resident, Eustace McCalmon, who has been living in the constituency since the early ’80s, recalled what it was like when they were left to dwell in darkness.

“Well when I came here, the post immediately opposite me, to my residence had a street light, which I was made to understand was put there by the town council. But when the PPP won the election [in 1992], the GPL came and took it off.”

This marked the beginning of decades of darkness within the community, which inevitably led to a spike in petty crime, and the residents of the area were all but forgotten.

In October of 2018, Manager of Traffic/Safety/Maintenance at the Ministry of Public Infrastructure, Kester Hinds explained the Governments initiative to install highway lights in several regions – East Berbice-Corentyne, Region 6 being one of them.

The New Amsterdam Mayor and Town Council then took the initiative not only to see the highways lit but to ensure that street lights were installed in all seven constituencies across the township. It was touted as a move to illuminate the district, thereby bringing it out of its decades of darkness.

Lives of the residents in the community have vastly improved, as they no longer have to fear something as simple as walking at night, allowing for more community involvement and even business development as even the bread sellers can now ply their trade at night as well.

In July, lights were installed on the main road in Stanleytown and in Islington and Glasgow Villages, East Bank Berbice. In March, the Number 19 Village Public Road, on the Corentyne, for the first time received streetlights.

This project is incorporated under the Ministry of Public Infrastructure’s initiative to install lights on roadways throughout Guyana. A concern faced by the contractor when installing the lights was just how much load the network could handle.

These concerns would have been somewhat alleviated with the recent upgrade of the Canefield powerplant by the Ministry of Public Infrastructure, which saw the grid receiving a substantial boost, not only alleviating blackouts within the region but also allowing for the network to bear the burden of the newly installed lights.