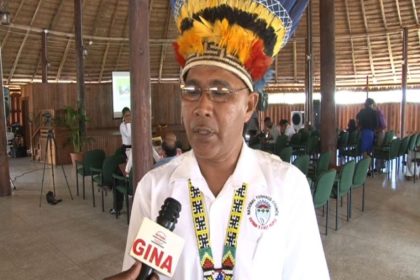 In an interview with the Government Information Agency (GINA), Fredericks said that in every community there are different levels of cohesion. He noted that many people are not open to the possibilities of working together.

“As a leader who is elected to serve your people, you must be open-minded to work with people, work with the government, work with different stakeholders for the development of your community,” Fredericks said.

Fredericks pointed out that the Toshaos need to recognize the importance of the three years they spend as a leader of their community. “If you would only fight and find fault in the three years, at the end, you would not accomplish anything for your people, so I see partnership as important for the development of your community,” he said.