“Nuisance value,” this was how Minister of State Joseph Harmon described the recent move by the Opposition to have Prime Minister Moses Nagamootoo vacate his parliamentary seat; whilst performing the duties of President.

Minister Harmon reminded that immediate past Prime Minister Samuel Hinds was never absent from the Parliament whilst performing similar functions, “I can’t recall any such occurrence,” the minister stated. 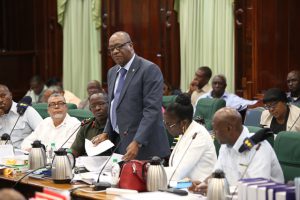 He opined that the PPP/C is “trying to capture media attention and create confusion where none exists.”

The opposition PPP/C through its Chief Whip in Parliament, Gail Teixeira, wrote the Speaker of the Assembly today informing him of the party’s concern and claiming that it might be unconstitutional.

President David Granger is currently out of the country and the Prime Minister has been attending Parliamentary sittings even as he continues to perform the functions of President.