The Ministry of Public Health will be looking to expand its nurses’ training programme in 2017 by carrying out expansion works to two Nursing schools namely Charles Roza School of Nursing in Linden and the New Amsterdam school of Nursing. 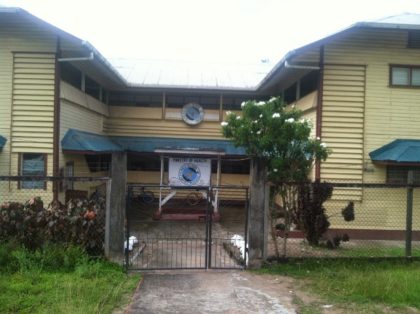 The expansion of the Charles Roza School of Nursing in Linden is expected to come on stream early 2017. The plans in place for the expansion are intended to accommodate nursing and other allied healthcare students for training from hinterland Regions One, Seven, Eight, Nine and some parts of Ten.

In an interview with the Governement Information Agency (GINA), Director of Health Sciences and Education, Ministry of Public Health,

Wilton Benn said there are plans to have more classroom space at the Charles Roza School of Nursing in Linden.

“We are paying attention to the expansion of the Charles Roza School of nursing. Emphasis will be directed towards being able to provide more classroom faculty space because Charles Roza is the school that focuses heavily on the training of interior people.”

Estimated cost for the expansion of the Charles Roza Nursing School is $ 35M. Benn added that the plans include the facilitation of a new hostel for hinterland students that are currently accommodated at the Watooka hostel. 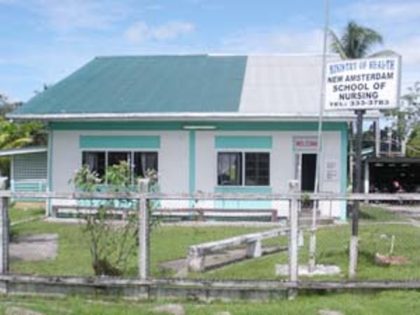 Linden. In addition, there are about 14 tutors providing education services at the school.

Hinterland nursing students trained at this facility are expected to be deployed into the areas of their origin to serve the population in their capacities. However the environment for learning needs to be comfortable and the number of students as well as tutors placed at a nursing school should be balanced thereby encouraging efficient learning.

Meanwhile, at the New Amsterdam School of Nursing, plans have been made to complete expansion works that have started in 2015. In addition, $ 20M has been requested for the construction of a hostel at the location.

The construction of a hostel at the New Amsterdam School of Nursing will accommodate students from riverine communities in the Canje and Berbice rivers, some areas of Region Five and other far flung communities in Region Six.

Benn explained that  the New Amsterdam Nursing School which initially started in 2015 will be treated as a roll over project for 2016.

Proposals for these expansions have been made for inclusion in the Ministry of Public Health’s 2017 budget. The expansion of these nursing schools will eventually strengthen health care systems by ensuring that healthcare professionals can access quality education and training throughout Guyana.