As public servants welcome the retroactive salary increases, Minister of Finance, Hon. Winston Jordan said the pay increases are tied to the fact more persons are paying their fair share of taxes. 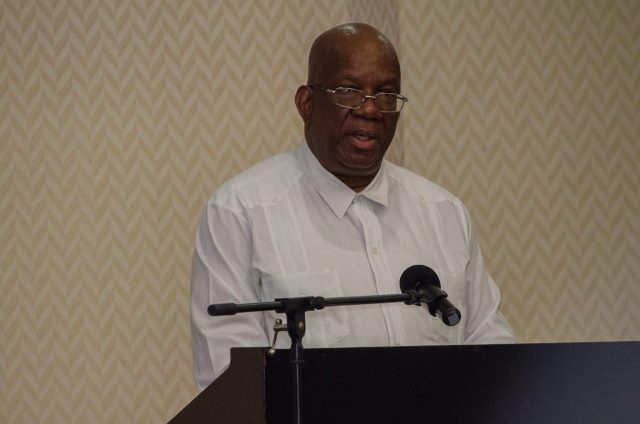 His Excellency, President David Granger, on November 13 announced a major tax-free retroactive salary increase for 2019. With the minimum wage climbing, public servants earning between $64,200 to $99,999 will, this year, see a 9% increase in their salaries. All increases will be retroactive from January 1, 2019. This means that a public service employee who earns a monthly salary of $64,200, will take home $70,000 in December, and it will be tax-free. In addition, they will get more than a month’s salary, given that the 9% increase is retroactive for 12 months.

Announcing the improved salary packages, the Head of State said:

“The APNU+AFC Coalition is committed to creating a proficient, professional, highly-motivated and well-paid public service. Your government is committed to good governance and ensuring that all Guyanese can enjoy the good life.”

He noted that increases in salaries and wages have positively impacted the performance of public servants themselves, their households and on the national economy as a whole.