Over $27M spent on D&I interventions in Region 10 communities 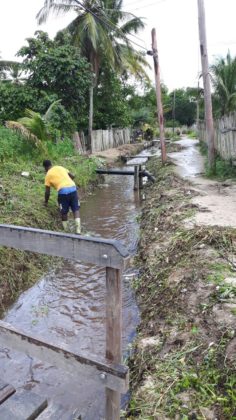 The National Drainage and Irrigation (NDIA), in collaboration with the National Community Development Council (NCDC) has over the past month intervened to bring much needed drainage relief to 27 communities in Region 10.

The intervention also resulted in 600 people from the established Community Development Councils in the area, finding employment, Adams said.

Adams explained that for the farming communities of West Watooka in Wismar, where 40 farmers are engaged in cash crop farming, the intervention resulted in “much relief,” by releasing of stagnant water and clearing thick vegetation.

The Assistant Director of the NCDC said that over the years, many farmers had complained of losing cash crops due to flooding experienced in the area, and have pleaded with the authorities for relief, through the provision of excavators and pumps for clearing of the waterways and land in their community. 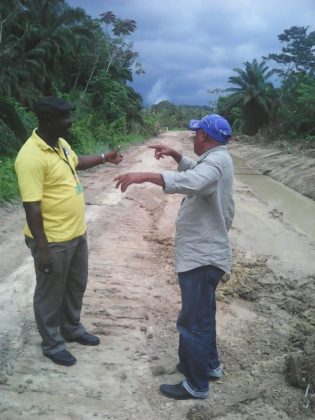 The West Watooka farming area, Region Ten that was cleared

Adams explained that the intervention in the area was carried out through the use of two excavators.

The Assistant Director of the NCDC explained that drainage and irrigation cleaning exercise will be done regularly, not only as part of an effort to maintain the aesthetics of Linden and Region 10, but, importantly, assisting the farmers, who will now be able to produce more with less loss from flooding.