Over $825M in housing projects for Region 4

More than $825 million in housing projects were awarded to several contractors today for 24 infrastructural projects in Demerara-Mahaica (Region Four).

The projects are geared towards ensuring housing areas have all of the necessary infrastructure needed for sustainable housing for the benefit thousands of prospective and current homeowners. 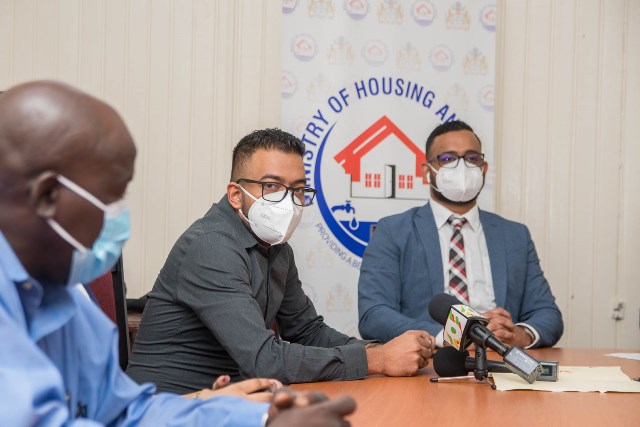 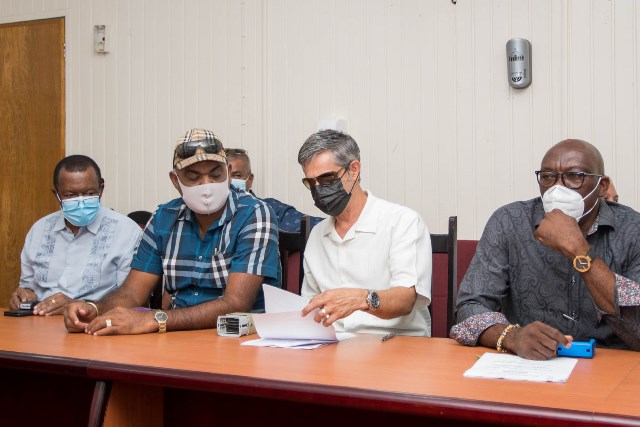 Some of the contractors at today’s signing. 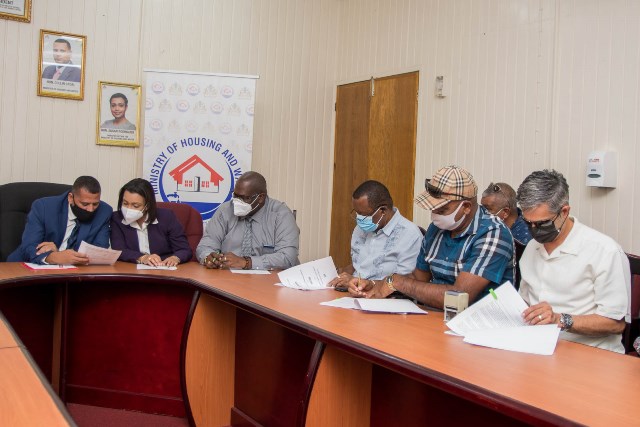 Some of the contractors at today’s signing.

The projects fall into two categories: Government of Guyana-funded and Inter-American Development Bank-funded, with 18 and 6 programmes respectively. The IBD programme accounts for $512.2 million, while the Government’s is $313.1 million.

Minister of Housing and Water, Hon. Collin Croal, said it is part of the Ministry’s approach for better housing opportunities for Guyanese and a step closer to fulfilling the PPP/C Manifesto.

“We have as a mandate at our Ministry, the necessity to provide adequate housing, that is our number one mandate [and] ensure the PPP/C government’s manifesto of 50,000 over the next five years, bearing in mind that we have a backlog of 70,000 within the system,” Minister Croal said.

“[For] this response that you have seen we are grateful that His Excellency Dr. Mohamed Irfaan Ali and the entire Cabinet has seen it fitting to make resources available to our Ministry to support our Programme to ensure that we are able to respond to the needs of our citizens,” Minister Croal continued.

Minster of within the Ministry of Housing and Water, Hon. Susan Rodrigues, charged the contractors to be very conscientious about their work since it plays an important role in housing occupancy.

“It is not just about making lands available and allocating house lots but we want to encourage community building, sustainable communities and in order for us to do that we need your help, cooperation, we need your expertise, we need timely delivery and we need quality work,” Minister Rodrigues said.

The IDB Projects are all assigned to Sophia for infrastructural upgrades in six areas under the Adequate Housing and Urban Accessibility Programme (AHUAP), to improve the quality of life for residents, while creating livable, accessible and more cohesive communities.

CEO of CH&PA, Mr. Sherwyn Greaves said the Government’s working Programme, will lead to the construction and upgrade of several roads, as well as, land preparation and other works in Georgetown, East Bank Essequibo and East Coast Demerara.

While the projects are intended to creating more homeownership, it is also expected to stimulate the economy with the multimillion-dollar injection and hundreds of jobs across sectors.

The recent removal of taxes on construction materials is also expected to provide an extra boost to all the projects.

Despite the contracts being awarded for works in Region Four, Minister Croal and Rodrigues said exciting times are ahead in 2021 for the rest of the country.

“You would have heard during the week, His Excellency announced that sometime in the first quarter there will be allocations that will be made in Essequibo. Very shortly there will be a similar exercise for a number of allottees in Regions Three, Four and Six,” Minister Croal disclosed.

The projects will be closely monitored by the Projects Department. Director of Projects, Mr. Omar Narine, said that most of the contractors have been working with the Ministry for 10-15 years and are privy to the standard of work of expected.

He added that most of the Government projects are scheduled to be completed by the end of January, while the IDB projects are expected to run over the next four to six months.

Last month the Ministry also signed $1 billion in contracts to ensure the necessary structures for sustainable housing were implemented in several new and existing housing areas.