Former Prime Minister of Trinidad and Tobago, Patrick Manning, who died Saturday last, was hailed as an outstanding son of the region who selflessly contributed to the region’s integration movement.

Caricom Heads gathered in Georgetown for the 37th Regular Meeting of the Conference of Heads of Government, paid homage to the accomplished politician.

President of Suriname, Desi Bouterse, delivering remarks at the opening of the 37th Regular meeting of the CARICOM Heads of Government

Caricom Secretary General, Irwin La Rocque, delivering brief remarks at the opening ceremony, said that it was only fitting that at the outset of the opening, tribute is given to the late Manning who served as a true champion of CARICOM.

“Mr. Manning was a member of the Conference for a total of 13 years and in that time he demonstrated an unwavering commitment to the Caribbean Community. The initiatives he promoted to advance integration ensures that his legacy as a regionalist is secured. His calm and deliberate manner was an instinctive feature during the meetings of the Conference.” La Rocque said.

A moment of silence was observed in honour of Manning.

“It was under the stewardship of Mr. Manning that the implementation of initiatives like the Caricom petroleum stabilization fund and the Caricom Implementation Agency for Crime and Security (IMPACS) were realized,” Rowley said.

Prime Minister St Vincent & the Grenadines Dr. Ralph Gonsalves delivering remarks at the opening of the 37th Regular meeting of the CARICOM Heads of Government

He added that Manning will be remembered as a visionary, a patriot and a Caribbean man who was committed to excellence. He noted that the Manning initiative with Grenada, St Lucia and St Vincent and the Grenadines reflected Manning’s dedication to strive for a stronger more integrated community.

Incoming Chairman of CARICOM, Prime Minister of Dominica, Roosevelt Skerrit, said he had the honour of working with Manning over an extended period of time. “I can always rely on him, to draw on his wisdom to national and regional matters… His memory and the efforts he made will certainly last our memories for a very long time,” Skerrit said.

In honour of Manning’s legacy, Dominica will observe two days of national mourning on Friday and Saturday of the coming week.

Prime Minister of St. Vincent and the Grenadines, Dr. Ralph Gonsalves, said that a few days ago one of the titans of regional integration movement left us.

“…Patrick was a famous man…his virtues are not written in stone at home or elsewhere but in the hearts and minds of ordinary men and women that crossed this region and we shall remember him forever,” Gonsalves said. 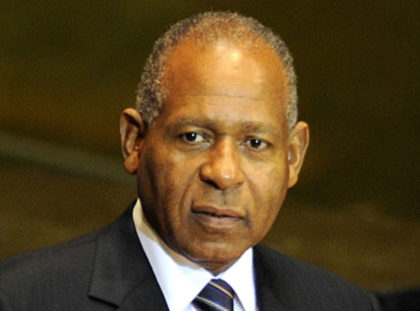 President of Suriname, Desi Bouterse, in similar fashion paid homage to Manning on behalf of his government, people and himself.

Mr. Manning entered politics in 1971 under the tutelage of Eric Williams, who was the country’s first prime minister and founded the People’s National Movement.

His first government stabilized the nation’s currency and further developed the gas industry, spurring strong growth in the economy.