Several youths attending the night school pilot programme expressed their gratitude for the chance to take the Caribbean Examination Council (CXC) examinations. This was made possible through the office of Presidential Advisor on Youth Empowerment Unit. 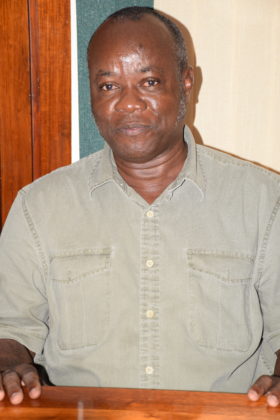 In a recent interview with the Government Information Agency (GINA), Mohammed Hamid, a student at the Sophia Learning Centre said that he registered for the programme through the encouragement of his friends. Hamid said that he is grateful for the opportunity given.

“What I will take from this programme is that you have a second chance in life to make things right because at first when I had the opportunity to take CXC at my original school, I totally blew it and now I see this opportunity, I take it,” Hamid noted. Hamid highlighted that the night school programme allowed him to redeem himself and to become a responsible adult.

Nicola Clement, another student from the Sophia Learning Centre said that the night school programme provided her with an opportunity to write the CXC examinations.

“I’m already working but this programme is allowing me to write CXC because I never had the chance to write. I have attended high school and everything however due to financial situation I did not have the opportunity to do so now this opportunity has arrived I’m grabbing it,” Clement explained.

Clement stressed that she will be comfortable once she passes the current subjects, Office Administration and English for which she has registered, however she hopes to take other subjects.

Positive responses have been received from persons attending evening classes through the ‘night school’ pilot programme. The programme is currently facilitated at the Festival City Youth and Parent Community Centre and Soesdyke Secondary School.

The pilot programme which began in 2016 in Sophia, Soesdyke, North Ruimveldt and Meten-Meer-Zorg had seen challenges and was delayed due to persons being embarrassed about their illiteracy. However some these challenges were overcome and over a 150 youths have participated in the programme to date.

Presidential Youth Empowerment Advisor Aubrey Norton highlighted that the Agency faces some challenges implementing the programme in some communities, as  in Meten-Meer-Zorg.

“You see I should say to you that a lot of times that you go to a community, it is not just that. You have the attachment of young people who don’t have five CXCs but you also have to do a lot of work to convince them that they are better going to the workforce qualified, some of that we have to do in Meten-Mere-Zorg,” Norton added.

The Presidential Youth Empowerment Advisor pointed out that working persons who are absent from the classes is one of the challenges that the Agency faces; however additional classes have been provided to accommodate those persons.

De Jesus explained that the programme has been delayed in the targeted areas due to the continuous planning while the existing students from the programme have registered for the Caribbean Examination Council (CXC) examinations. 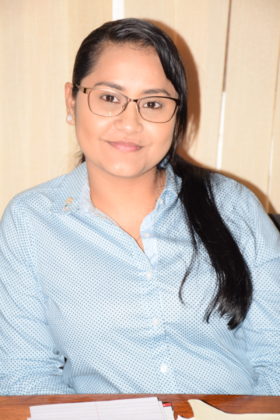 “In the case of Sophia we have eight persons registered to do CXC and that program started in July 6 2016 and it’s going to continue up, as I mentioned in the year 2017 and mid-year we are going to take in another batch of students that are interested in writing CXC, in the case of North Ruimveldt, we have twenty seven persons registered to do CXC for Maths, English, Social Studies and Principle of Accounts. In the case of Soesdyke we have 37 persons for Maths, English A, Integrated Science, POA and Social Studies,” De Jesus explained.

The Senior Research and Planning Officer pointed out that screening will be done to find out the reason for school drop outs to address this issue.

“We recognised that there are a lot of social issues out there, persons might come yes, they may not have five subjects, they have dropped out of school at fifth form but we have to investigate the reason why they dropped out of school, since a number of the issues can contribute to their reason like domestic issues, financial issues so we plan to take somewhat different approach,” De Jesus explained