─ ministry set to promote newcomers and their music

Citizens will now be able to vote for their favourite artiste to win prizes in Mashramani’s major singing competitions, this year.

Director of Culture, Tamika Boatswain told the Department of Public Information (DPI) that while this option has been offered for the Juniors competition, the ministry also recognized the need for citizens’ inclusion in the determination of other deserving participants in the Soca, Calypso and Chutney competitions. 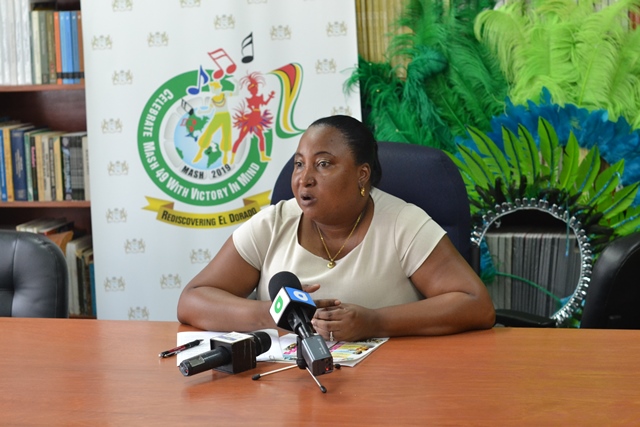 “We are giving the participants another chance to earn something because at times the judges’ decision is final, but the view of the public has a greater liking to a different person which may not necessarily be the person who won,” she explained.

Polls are open on the ministry’s official Facebook Page and will run until the day of the competition. Voting will be closed before the competition ends, to accommodate the prizing giving ceremony.

According to Boatswain, the ministry will also aim to promote newcomers and their songs to the public, as it will not only enable them to gain followers but much-needed crowd participation during their performance.

She explained that those who participate are at times unknown to the public hence, the lack of crowd participation, which is a critical criterion needed, is leading to the judges’ decision.

This, she hopes, will be changed with intensified promotion so that all can compete on the same level, this year.

Last year, Onika Joseph dethroned Diana Chapman and became the Adult Calypso Monarch with her song – “Woman is Boss,” while Brandon Harding became the Soca Monarch with his song – “Alive”. The Adult Chutney Monarch was won by Chaitsingh Mohanlall.