Phase One of Bartica Stelling upgrade in final stage

Phase One of the rehabilitation of the Bartica Stelling is ninety-two percent complete, and the authorities are preparing to commence Phase Two of the project.

General Manager, Transport and Harbours Department (T&HD), Marcelene Merchant told the Department of Public Information (DPI) that the agency is currently in the process of advertising for the second phase of upgrades which is expected to be completed within a 12-month duration.

“The project’s Phase Two entails an extension on the northern section of the stelling, as a way to accommodate the drawbridge, as it is right now we are using the timber stages where the vehicles would drive on the timber stages to get on the stelling. We are hoping to move away from this, for safety purposes,” Merchant explained. She added that plans to construct the drawbridge is underway and will accommodate boats; it will be similar to the design of the Supenaam Stelling used for side-loading.

According to Merchant, T&HD has also made provision for vendors with the construction of 16 stalls and parking spaces for members of the public. This includes the current construction of an administration building during Phase One of the project.

It was highlighted, the project’s Phase One description outlines that the southern section of the stelling is to be demolished and reconstructed with support piles made of greenheart for the substructure and southern timber fender system to be completely redone. This includes the provision of commercial concessions and a modernised passenger waiting area. The superstructure will house various government offices, commercial businesses, passenger waiting area, canteen and staff offices. 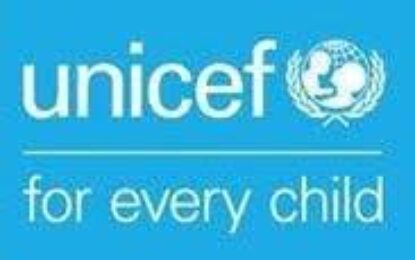 Author Details Staff Writer Author Department of Public Information email communications@dpi.gov.gy follow me – new facility is one of six in operation across Guyana GEORGETOWN, JULY 11, 2020 – UNICEF together with its partners, the Childcare and Protection Agency (CPA), Blossom Inc. and... END_OF_DOCUMENT_TOKEN_TO_BE_REPLACED