Located approximately 15 minutes south of the East Coast of Demerara highway in De Hoop, Mahaica is a farming community that mostly cultivates rice. On Friday, the community’s mobile outpost was recommissioned.

As part of the Citizens Security Strengthening Programme within the Public Security Ministry, a $3Million investment has led to the successful rehabilitation of the outpost that now operates on 100 percent solar energy. 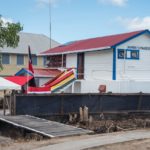 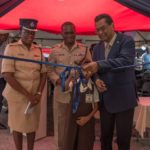 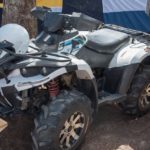 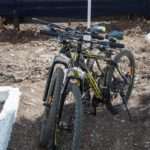 Minister of Public Security Hon. Khemraj Ramjattan in an address to officers at today’s commissioning outlined the genesis of the CSSP project.

“Decrepit buildings and surroundings create an environment in which you are not going get the quality of services from the policemen and it was important then that we started the allocations of monies for these projects,” Minister Ramjattan clarified.

According to Minister Ramjattan, the police outpost complies with standards that require victim-friendly interview rooms, something that is characteristic of police stations throughout the country.

“These improvements in our police stations are going to make them a lot more victim-centered. At least victims of crime can come to a police station that is here and say you know ‘this is what happened to me’ […] We would want immediate responses, especially dependent on the gravity of the situation,” said the Public Security Minister.

To bolster, police activities at the De Hoop outpost, an ATV and bicycles were handed over to the officers on duty.