‘D’ Division police were on Wednesday to interview Dr. Shonette Jack, who witnessed the entire 25-minute fracas in the WDRH Emergency Room Sunday, before charges are filed James said 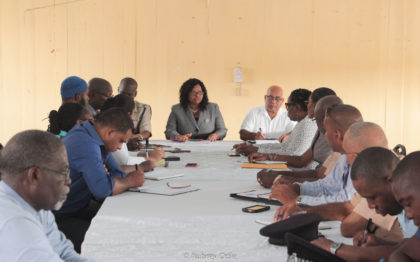 He made the disclosure during a meeting at the WDRH boardroom with Public Health Minister, Volda Lawrence, several ranks of the Guyana Police Force (GPF) and senior Region three (Essequibo Islands/West Demerara) officials.

James was forthright in the 90-minute meeting with Lawrence owning up to “several lapses” made by his ranks who he admitted “didn’t act promptly” to complaints made by WDRH staff who were verbally and physically attacked by an irate family demanding immediate attention for an injured member.

“What concerned me more is that three calls had to be made before assistance could be rendered to the (assaulted) staff. This is very, very worrying. This ought to be have been treated with urgency,” Lawrence told Regional and police authorities.

She continued: “I will not allow anybody to run roughshod over my staff”.

Commander James who has been posted to Region Three some eight months ago has promised to restart nightly checks at the health facility by police which will “send a strong message to the West Demerara community and help us arrest the perception that anyone can come in (to the hospital) and misbehave with impunity” Lawrence said.

James also promised to meet with executives of Home Safe, the firm contracted to provide security at the WDRH and highlight the need for stronger qualification for security agents under their charge.

There will be a stronger police presence “during peak hours” at the hospital beginning this week, the Commander assured Minister Lawrence.

They told Lawrence, who took the opportunity to tour the facility again, that Region Three residents routinely target hospital employees with verbal and physical attacks but they had had enough after Sunday’s episode.

In addition to the weekly assaults they experience from extremely angry residents, many under the influence of alcohol, hospital workers also disclosed that residents deliberately destroy electricity lamps which illuminate the hospital environment.

“We will feel more secure with police presence” at the hospital, Ramroop said.

I a letter to the staff, Lawrence noted “I deeply regret the unfortunate incident that occurred at West Demerara Hospital on Sunday April 30, 2017 in which you were under attack by a drunken group seeking medical assistance. I recognise that in your capacity as medical professionals, you encounter a vast spectrum of people some of whom are extremely disrespectful and display behaviours totally undeserving of the great service that you as health practitioners render to the public.”

“I want to assure you that the Ministry of Public Health empathises with you for this ordeal and is ready to offer support services you may require as well as take measures to ensure that the security services are strengthened at the West Demerara Hospital.

“I wish once again to express my deepest regrets for Sunday’s incident,” Lawrence’s letter concluded. 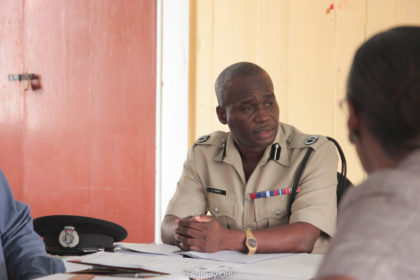 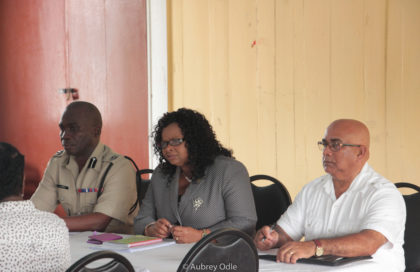