Potable water for more than 6,400 residents of Timehri North

One of the more than 6,400 residents of Timehri North, 52-year-old Yvonne McPherson welcomed the availability of potable water across the regularised community, following the formal commissioning of a new pump station on March 20.

The former police rank said that she, like many others, was forced to purchase drinking water daily before the completion of the Timehri North Water Supply Improvement Sub-Project.

For McPherson, who has lived in the community since 2005, it was tough because she had to use creek water, and “at least three or four times a week, you had to buy water. Now that we get the water, it’s good”. She added that after the community’s population grew, the creek which was used as a water source became contaminated. This forced McPherson and others to buy water on several occasions costing up to $300 for a four-gallon container. 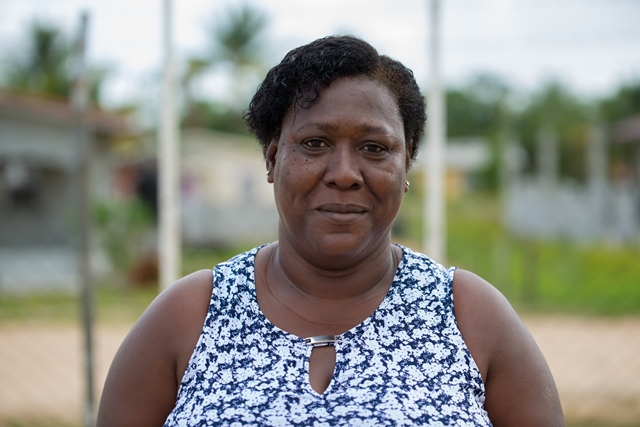 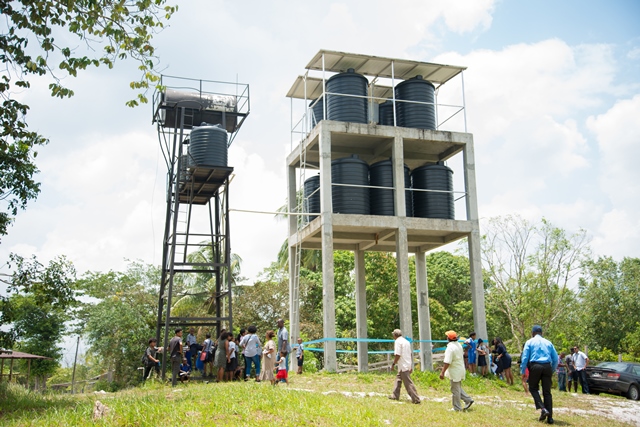 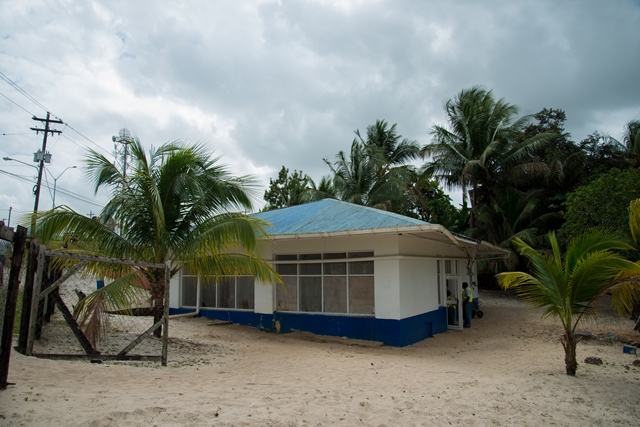 The new Pump Station at Timehri. 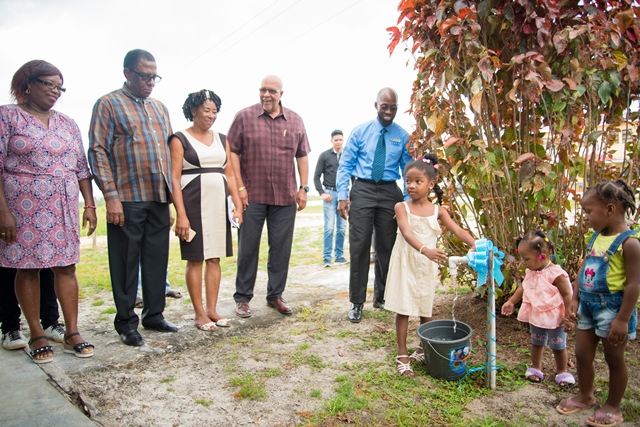 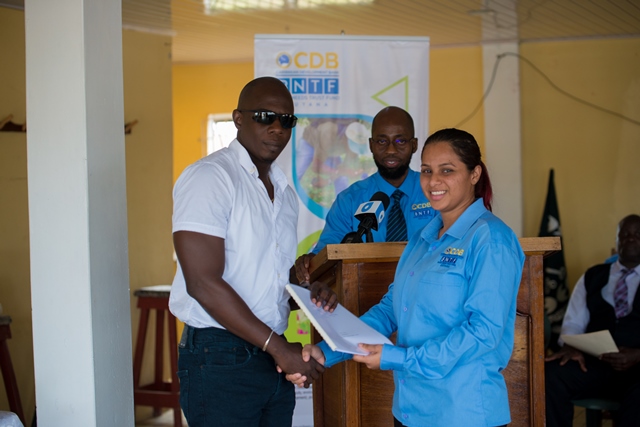 For others like Colin King, who gave his story of change, the project was critically needed. The community leader lauded the partnerships that made the project a reality in what was once referred to as a squatting area, “your efforts truly serve to bring some much needed, healing to our community”. He told the team lead by Managing Director of Guyana Water Incorporated (GWI), Dr. Richard Van West-Charles.

King further praised the government for regularising and recognising the community with the establishment of a Neighbourhood Democratic Council (NDC).

GWI Engineer, Shabana Omar said that the project was realised after BNTF’s Community Liaison Officers conducted a community needs assessment. After funding was secured, the project was designed and supervised by E and A Consultants, with works contracted to S. Jagmohan Hardware Supplies and Construction Services costing just over $43M. The works commenced on September 12, 2017.

GWI, according to Dr. Van West-Charles, will continue to execute its mandate of supplying potable water to communities, as far as possible. He said the water was tested and found to be free from impurities, reminding that all had to cooperate ensuring that children, especially, have access to “safe water”.

The Managing Director explained that while his agency is working hard to provide and improve potable water access. He stated, “This is the change that the government is talking about, of trying to ensure that everyone, across Guyana, enjoys the good life. That is the message of our president.”

He reiterated that the project is part of the government’s effort to ensure that Sustainable Development Goal (SDG) 6, the availability and sustainable management of water and sanitation for all by 2040, is attained.

At Hauraruni Community on the Linden Soesdyke Highway, home to some 200 residents, a similar project was commissioned. This project, which cost $25M, was also contracted to S. Jagmohan Hardware Supplies and Construction Services but designed and supervised by Caribbean Engineering and Consultants Inc. It features a 60 meter well, photovoltaic pumping system, transmission line and an elevated storage 10,000-gallon facility built of reinforced concrete.