The Head of State thanked the residents for engaging his office and for their openness in sharing their concerns relating to their community.

“I am a President for all Guyana and I want to work with every community. I have asked the group to come together, representing the community, so that we can have continuous dialogue. This must not be a one-off dialogue. We have to see how we can work with the community to improve community life, community relations and to ensure that all our Guyanese brothers and sisters, everyone, has a better standard of living, a better way of living. I am here to support that. We want to build relationships and we want to build on programmes and policies that touch the lives of all Guyanese,” President Ali said. 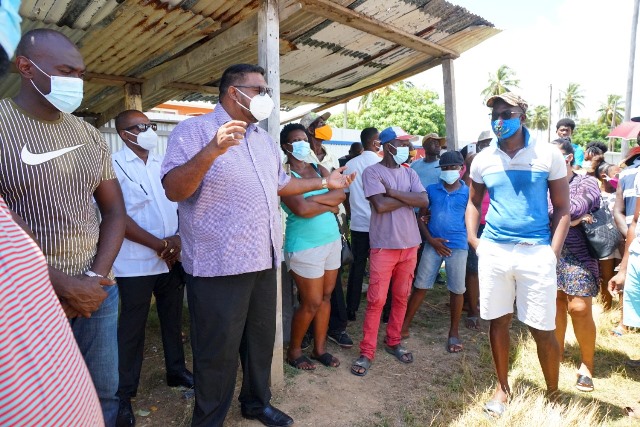 President Ali’s meeting with the Paradise/Belladrum community followed his visit to the relatives of slain teenagers Haresh Singh, Joel Henry and Isaiah Henry in Number Three Village and the family of Prittipaul Hargobin who was also killed during the protest action that erupted along the West Coast Berbice corridor. 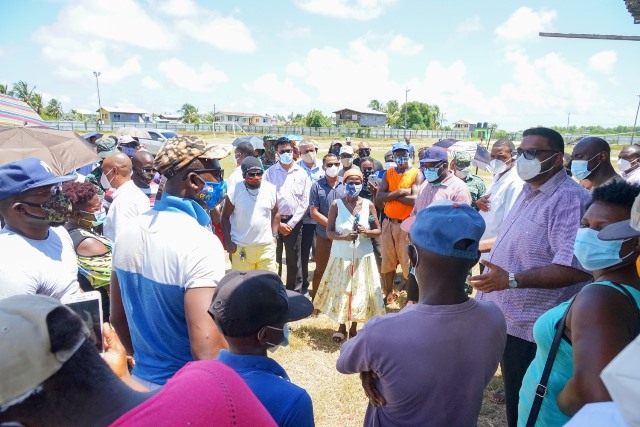 President Ali’s meeting with the Paradise/Belladrum community followed his visit to the relatives of slain teenagers Haresh Singh, Joel Henry and Isaiah Henry in Number Three Village and the family of Prittipaul Hargobin who was also killed during the protest action that erupted along the West Coast Berbice corridor.

He pointed to the importance of continued dialogue to the success of any intervention within the community and encouraged those present to form working groups to ensure that more will be achieved in a structured manner. He also reminded of the measures provided in the Emergency Budget that will bring even more benefits to Guyanese families.

The residents raised concerns about the support of agricultural activities, including rice cultivation and issues of youth and community development.

President Ali said, “This approach by the Government is one that will see continuous engagement, meeting with communities, listening to communities. At the end of the day, we have to build a strong country, a resilient country, a country that is unified and one that represents the interest of all Guyanese, through the implementation of policies and programmes.”

The residents also raised concerns over the inciteful comments on social media that fosters division and which they view as “disgusting and distasteful,”   and which only serve to create tension in the communities.

President Ali reminded of his stance on this issue and pointed to his recent, public statement, condemning such acts.